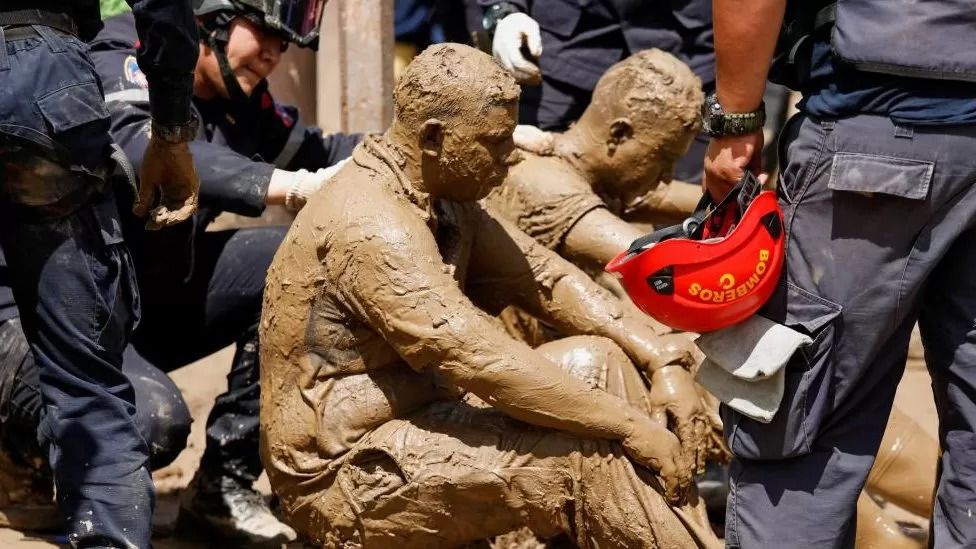 The number of people killed has risen to 36, and 56 others are missing, after landslides swept away their homes in the Venezuelan town of Las Tejerías.

About 1,000 emergency personnel are taking part in search and rescue operations.

"We're trying to save whoever we can and are expressing our condolences to all those who have lost a loved one," Vice-President Delcy Rodríguez said.

Among those killed are two toddlers, local media said.

Earlier reports said 25 people had been killed, but interior and justice minister Remigio Ceballos told reporters the number had risen to 36.

Torrential rainfall caused the river El Pato to burst its banks. The resulting floodwaters swept away, trees, cars, houses and shops in the town, some 50km south-west of the capital, Caracas.

On the walls of the houses, thick mud showed how high the floodwaters had risen. 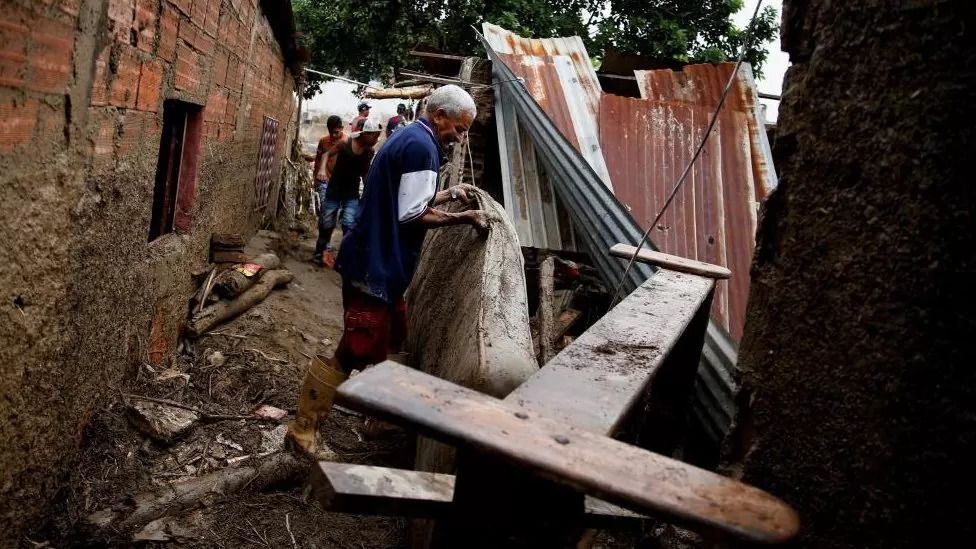 Residents found their homes and belongings caked in mud

One man told AFP he had survived by clinging on to an antenna for 40 minutes while his home and others were swept away. "The river caught me and I couldn't find anything to do besides climb a roof and grab on to an antenna," the 65-year-old said.

Carmen Meléndez, who has lived in the town her whole life, said: "The village is lost. Las Tejerías is lost." 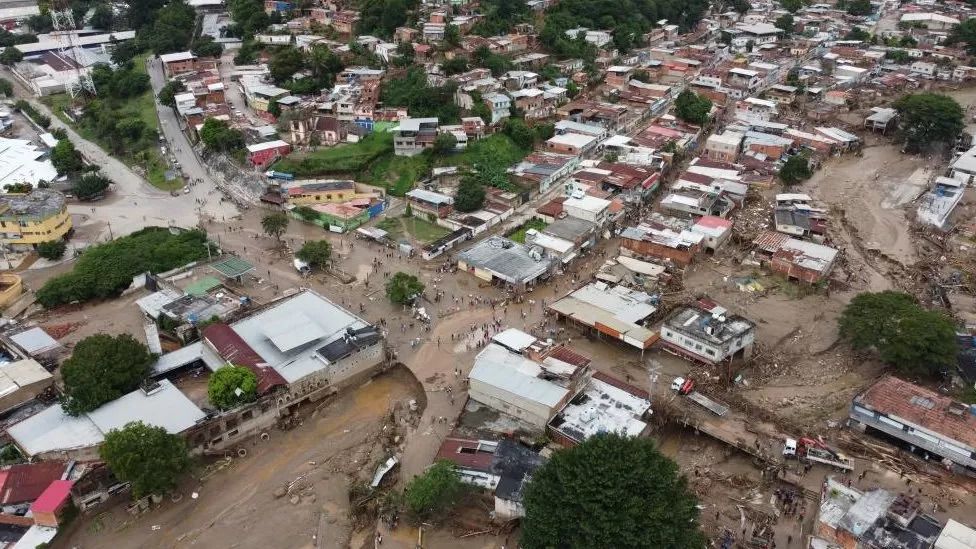 An aerial photo shows the trail of destruction the landslide left

According to Efe news agency, the electricity supply to the town has been cut, leaving it in darkness.

Residents dug through the cloying mud by hand to try to find survivors. They were joined by sniffer dogs and specialised search teams.

Interior Minister Remigio Ceballos said the landslides had been caused by Hurricane Julia, which passed just north of Venezuela.

"There was a record rainfall, as much rain in one day as is usually seen in a month," he said.