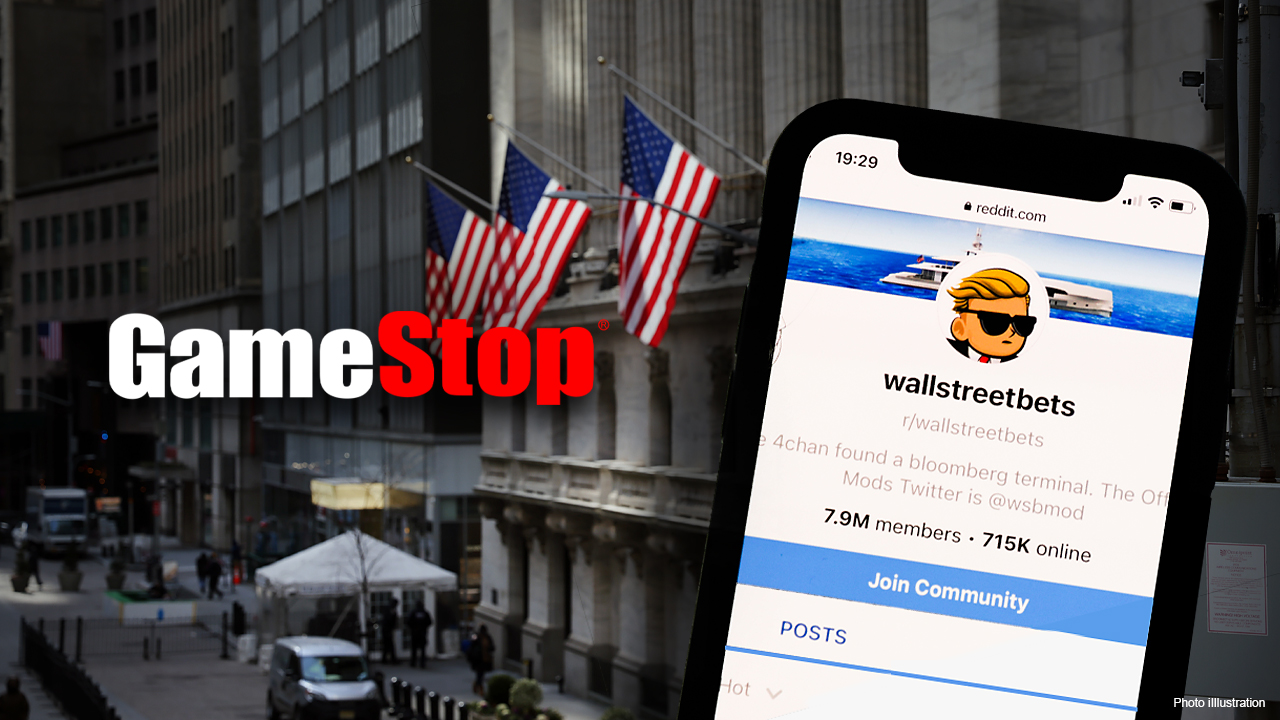 Pent-up emotions are just beginning to surface and its ‘absolutely fascinating to watch,’ Jaime Rogozinski said

Jaime Rogozinski, who created Reddit’s WallStreetBets, discussed on “Mornings with Maria” on Tuesday how the forum morphed into a force so powerful, it sent GameStop shares surging and rattled Wall Street.

“The little guys can’t be ignored anymore,” Rogozinski told host Maria Bartiromo of the GameStop trading frenzy, adding that the “little guys figured out a strategic way to push back.”

“They knew that their disadvantage was money and they overcame it,” he continued.

Rogozinski also told Bartiromo that “worldwide I see there’s a lot of sentiments that have been pent-up for a while that are just starting to surface so this is just absolutely fascinating to watch.”

Stock restrictions on Robinhood were put in place last week as the mobile brokerage app confronted high trading volume. The high volatility was spurred by the speculative investing discussion forum WallStreetBets. The group of Reddit users banded together to buy up GameStop's call options, causing the struggling retailer's shares to soar to unprecedented levels and hurting market short-sellers. The group then proceeded to target other heavily-shorted stocks.

Rogozinski argued that “Pandora's box is open” and “there's no going back at this point.”

“This has been a long time in the making,” he added.

“There’s been, over the past 10 years, access to Wall Street and financial markets through, first discount brokers, now free brokers, these app-based brokers that give the little guys access to the system and Wall Street,” Rogozinski noted. “For too long it’s been too hard and too expensive and too inaccessible.”

He went on to point out that now that retail investor participants “have access to this, it’s really difficult to turn the clocks back.”

On Friday morning, short sellers were facing more than $19 billion in combined losses on GameStop, according to an estimate provided to FOX Business by financial data service Ortex.

“I think it’s sad that a lot of people ended up losing money,” Rogozinski said. “I suppose it’s good that they’re starting to address this.”

On Sunday, President Biden’s top economic adviser said the administration will take a look at the legal questions surrounding the market activity of GameStop shares, which soared to astronomical levels last week, The New York Post reported, citing comments made on NBC News’ “Meet the Press.”

“I could tell you the SEC [Securities and Exchange Commission] is focused on understanding fully what happened here. And their focus is on protecting retail investors and also the integrity of the market,” Brian Deese, the head of the National Economic Council, reportedly said.

The SEC said on Friday that it is monitoring developments and will “act to protect retail investors when the facts demonstrate abusive or manipulative trading activity that is prohibited by the federal securities laws.” In addition, New York Attorney General Leticia James said she would launch her own review into the market activity.

Rogozinski stressed that there must be a “shift of mentality,” which he noted comes “in many different ways,” including from a regulatory or legal standpoint.

“But whatever it is, they have to consider the little guys because the little guys have now gotten together in such big numbers that they cannot be ignored anymore,” he continued.

Rep. Alexandria Ocasio-Cortez has floated the possibility of an investigation into the matter by the House Financial Services Committee, which has received bipartisan support from other lawmakers like Sen. Ted Cruz, R-Texas, and Congressman Ro Khanna, D-Calif., as well as business leaders like Tesla CEO Elon Musk. Ocasio-Cortez added that the inquiry should "not be solely limited to Robinhood."

Senate Majority Leader Chuck Schumer, D-NY, said in a tweet Sunday evening that any SEC and Congressional investigations of decisions to restrict access to trade GameStop "must happen ASAP."

"We cannot have a stock market where players are also refs," Schumer said.

On Sunday, Robinhood narrowed its stock trade restrictions from 50 to eight companies, including GameStop, AMC Entertainment Holdings, and BlackBerry Limited.

Robinhood co-founder Vladimir Tenev said in a Twitter thread on Thursday that as a brokerage firm, the company has many financial requirements, including "SEC net capital obligations and clearinghouse deposits", which fluctuate based on market volatility and exist to "protect investors and the markets."

"It was not because we wanted to stop people from buying these stocks," Robinhood added in a blog post. "We did this because the required amount we had to deposit with the clearinghouse was so large—with individual volatile securities accounting for hundreds of millions of dollars in deposit requirements—that we had to take steps to limit buying in those volatile securities to ensure we could comfortably meet our requirements."

“These retail investors shouldn’t have to worry about these clearing house mumbo jumbos,” Rogozinski said.

He went on to say that “there needs to be a bigger conversation regarding the playing field” so that “retail traders are taken into account with the rules.”

“The system was clearly designed for the big guys and the little guy obviously have a seat at this table and they need to address that,” he continued.

Rogozinski then pointed out “the other thing that needs to seriously be addressed,” which he said “is the strength of the system in Wall Street.”

“It is too weak,” Rogozinski noted.

“We saw the entire thing come down crashing 12, 13 years ago and we are starting to see cracks of things that were never addressed,” citing “the clearing house process” and other “very technical things.”

“Obviously we still get flash crashes, we still get all sorts of different things, but with so many participants, we need to see the system strengthen so that it can withstand all the participants inside this market,” he continued.