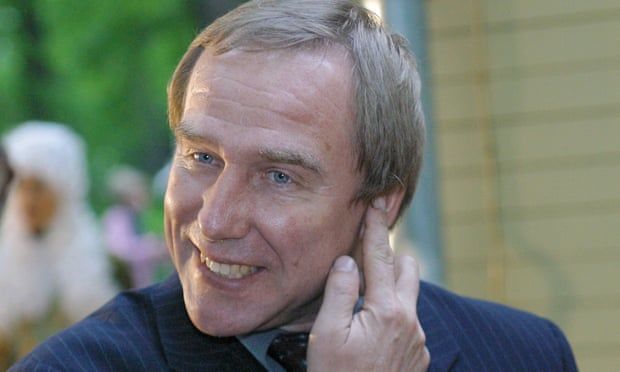 We were leaked the Panama Papers. Here’s how to bring down Putin’s cronies

The jurisdictions that help kleptocrats live in luxury on stolen assets must stop shielding corrupt elites
Seven years ago, an anonymous source who went by the name “John Doe” provided us with the data that became the Panama Papers – 2.6 terabytes of leaked documents from the Panamanian law firm Mossack Fonseca. The leak turned out to have quite an impressive Russian component. We found shell companies connected to Vladimir Putin’s judo friends, Boris and Arkady Rotenberg, to the oligarch Alisher Usmanov and the wife of the Kremlin spokesman Dmitry Peskov. But, most significantly, we stumbled across Sergej Roldugin, a professional cellist and godfather of Putin’s eldest daughter, who had a central role in a network of secret offshore deals and vast loans worth $2bn, described at the time as the key to tracing Putin’s hidden fortune.

All this hidden wealth mattered when we published the Panama Papers in 2016, two years after Russia had annexed the Crimean peninsula. Now, after the full-scale invasion of Ukraine, it matters more than ever. Lawmakers in the UK, the EU, the US and Canada have sanctioned Russian banks, Russian companies and individuals close to Putin. This includes Russian oligarchs, as well as Putin’s friends, supporters and admirers who have helped facilitate his kleptocracy by hiding his wealth in accounts under their own names or just championing his kleptocracy for their own illicit enrichment. Individuals like the cellist Sergej Roldugin, the Rotenberg brothers and Usmanov.

Now, the western world has decided that they want Putin’s friends to be sanctioned for the kleptocracy and harm they have facilitated and from which they have benefited. Prosecutors and investigators as well as special police units are now hunting for the riches of Putin’s friends. They are seizing yachts, grounding planes and confiscating lavish villas. Yet what they will find is probably only the tip of the iceberg. To really hit Putin and his friends where it hurts, one must go to Switzerland, to Panama, Cyprus and the British Virgin Islands. Unfortunately, investigators will probably not get much help there – as secrecy is what those countries sell.

Economists like to call them tax havens or secrecy jurisdictions. But “black holes” would be more appropriate for these places where greedy lawyers, tax advisers, consultants and other crooks help the rich and powerful to hide or, as they put it, “fence” their assets. These willing helpers assist the oligarchs to make their fortunes vanish from the view of law enforcement.

When we received the leak that became the Panama Papers, we found – apart from Roldugin – dozens of filthy rich Russians. When we received the Paradise Papers, another offshore data leak, the names of oligarchs Roman Abramovich, Alisher Usmanov and Oleg Deripaska appeared in the data, as did Olga Shuvalova, the wife of Russia’s first deputy prime minister. More than a year ago we got hold of the Suisse Secrets, yet another leak, and there was the sister of Alisher Usmanov and a fortune of about 2bn Swiss francs.

Sanctions are a powerful tool in foreign policy. Some even call them a “tool of modern war”. We understand the idea to put pressure on Putin’s inner circle and Russia’s economy. But why stop there? Let’s address the problem and not only its symptoms. Let’s change the system so governments do not have to rely on sanctions to prevent Putin and other kleptocracies from gaining more power.

Russia’s oligarchs are not the only ones who enjoy a luxury lifestyle financed with stolen money. Kleptocracy and corruption are far from a uniquely Russian phenomenon.

Addressing the systemic causes of kleptocracy and corruption will inevitably mean targeting both the legal structures and professionals in the west that facilitate kleptocracy: law firms, consultants and asset managers in Zurich, London and New York who regularly lend a helping hand to kleptocrats. They profit from jurisdictions like the Cayman islands and Switzerland – and yes, the US – which still offer secrecy on a grand scale. They profit from jurisdictions without public registries of who owns real estate and companies.

Defenders of secrecy claim their rights to privacy matter most. But let us face the facts: financial secrecy is the engine of global corruption and kleptocracy. It makes it too easy for corrupt elites to plunder whole continents, for traffickers of drugs and people to launder their money, and it helps to finance brutal wars. It helps Putin and his friends.

Fortunately, in late 2020, the United States government finally passed legislation that requires a beneficial ownership registry for US companies. Similar registries exist in dozens of countries, because forcing companies to reveal who ultimately benefits from them makes it far more difficult for kleptocrats and their cronies to hide their illicit money. But the US legislation, the Corporate Transparency Act, does not go far enough. It forces the ultimate beneficial owners to be revealed only to the authorities and only under certain circumstances.

But not to the public. And this is a huge mistake.

As long as we rely on authorities and law enforcement alone, kleptocrats, autocrats and Putin’s friends will have an easier time evading sanctions and continuing to hide their ill-gotten gains. Mutual legal assistance between national law enforcement agencies takes years, and does not penetrate the numerous layers of secrecy used by evildoers around the globe. Journalists and civil society groups have proven to be far more effective. They can collaborate quickly and effectively across borders, they can work with leaked data (something law enforcement still has to learn) and connect it with publicly available data. New government task forces set up late in the day to chase Putin’s cronies’ cash will be insufficient. Governments should open up the registries: company registries, ship registries, plane registries, real estate registries. Give the investigative power to the people – and we bet: you will not be disappointed.

Above all, let’s finally get rid of those black holes.