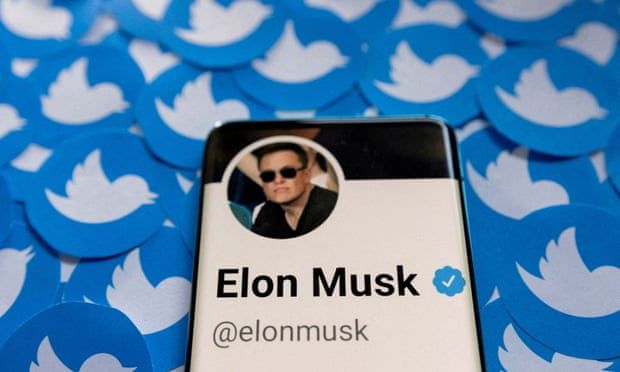 Elon Musk has said his $44bn (£35bn) planned takeover of Twitter cannot progress until the microblogging platform proves that fewer than 5% of its users are fake or spam accounts. There is a strong chance the world’s richest person could try to walk away from the deal or to negotiate a lower price than the agreed $54.20 a share.

This raises questions about what actions Musk can take under the terms of the deal he signed last month with Twitter, which experts say gives the Tesla chief executive limited room for manoeuvre.

Is the deal legally binding?

Yes it is, and it is very detailed. For all the talk from Musk of putting the deal on hold or negotiating a lower price, he has committed himself to the takeover at $54.20 a share by signing a formal agreement. It is going to be difficult to wriggle out of it. As section 6.3 (a) states: “The parties hereto will use their respective reasonable best efforts to consummate and make effective the transactions contemplated by this agreement.”

It is a standard clause, according to Brian Quinn, an associate professor at Boston College law school, but has bite. “In all contracts, there is an implied obligation of good faith and fair dealing. Musk agrees to use his ‘reasonable best efforts’ to get the deal done. He can’t torpedo the deal by simply refusing to continue,” Quinn said.

Musk indicated on Monday that his concerns about fake or spam accounts on Twitter – that the actual numbers are higher than Twitter estimates – could constitute a “material adverse misstatement”, if it emerges that the platform’s fake or bot accounts amount to far more than 5% of its 229 million user base. Musk could argue that, if it transpires Twitter has much higher-than-expected fake or spam account numbers, it constitutes a “material adverse effect” and he should be allowed to walk away from the agreement.

However, the adverse effect clause is difficult to get past a court. In one exceptional case in the state of Delaware – the jurisdiction of the Twitter deal – a judge allowed a company to scrap a deal because a whistleblower revealed fraud at the selling business. But Musk is on much trickier ground. Twitter has flagged the 5% figure in its quarterly results for the past eight years, with the caveat that the true number could be higher.

Musk knew what he was signing up for, Quinn said. “Bots are a well-known problem on Twitter. Musk even pointed to getting rid of bots as one way his ownership would add value to the business. Now, he is apparently shocked that there are bots on the platform? It’s a weak pretext with no legal legs.

“Also, Twitter’s disclosure to the US Securities and Exchange Commission with regard to bots is sufficiently hedged that a buyer should reasonably know that it might be higher than 5%.”

Morgan Ricks, professor of law at Vanderbilt Law School, adds: “Nothing that has happened so far comes anywhere close to a material adverse effect. Musk’s comments about fake accounts are an irrelevant sideshow.”

No, but there is a scenario where one could be negotiated. If Musk were to walk away Twitter would probably hold his feet to the fire, suing him in Delaware under the terms of the deal. As the litigation rolls on both parties could seek to negotiate a new price. However, in a strictly legal sense, Musk’s hand is not strong.

Again, no. The deal agreement not only includes a $1bn break fee if Musk does quit, but Twitter can also enact a clause that could force Musk to complete the deal at $54.20 a share. Section 9.9 of the agreement entitles Twitter to “specific performance”, whereby Musk has to pay up if he still has the debt-financing in place and Twitter still wants to close the deal. Twitter is in control here, Quinn said. “The remedy – a termination fee or specific performance is at the election of the company, not Musk,” he said.

Vanderbilt’s Ricks adds: “If Musk isn’t willing to close at $54.20 and if the parties can’t reach a revised deal or settlement, Twitter will very likely sue for specific performance.”Twitter, for its part, remains committed despite Musk’s behaviour. In a statement on Tuesday it said: “Twitter is committed to completing the transaction on the agreed price and terms as promptly as practicable.”

Will Musk be able to take over a major company again?

Whatever happens with Twitter, Musk’s actions in recent weeks will have alarmed boardrooms around the US and the world. Ricks says Musk might find some tougher conditions attached to the next attempted takeover. “Any board selling their company to Musk should insist on an extremely high break fee and make him put it into an escrow account upfront.”