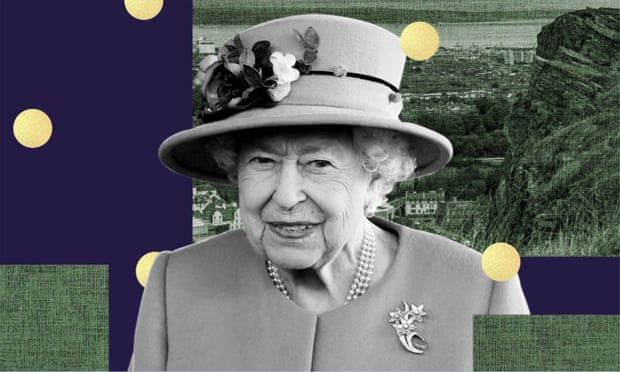 What does the Queen’s legal immunity mean?

Explainer: exemptions have been written into law to protect the monarch as a private citizen – but are they necessary?

What is sovereign immunity?

Sovereign immunity is a centuries-old doctrine dictating that the monarch cannot be prosecuted or subject to civil legal action under the law. Its origin lies in doctrine and convention, rather than statute, and there is no law setting out the rules underpinning the concept.

It stems partly from the medieval concept that the monarch is the source of justice, and can therefore do no wrong. It also relies on an argument that because the courts belong to the Queen she cannot be compelled to appear in them, since she would, in effect, be prosecuting herself.

Since at least 1800, the monarch has also had a legally distinct private persona, created to allow them to have independent wealth and property that could be inherited by their children. However, the lines between the two are somewhat blurred, and sovereign immunity has typically been interpreted to apply to both the public and private identities of the monarch.

Sovereign immunity is not unique to the UK: several countries have laws or conventions immunising the head of state from legal action.

What is crown application?

Sometimes referred to as crown immunity, crown application is the notion that British law does not apply to the crown unless expressly written to do so. “Crown” encompasses the government and the monarchy, as well as various state and royal estates. The government interprets it to also include the monarch’s private identity.

Crown application is unique to Westminster law, and has been criticised for its vagueness and tendency to discourage parliament from properly considering how the government should be affected by new laws. In 2017, the supreme court upheld the rule, observing that it was so ubiquitous within British law that not to do so would create problems.

When asked about the Queen’s legal immunity as a private citizen, her communications secretary, Donal McCabe, accepted that the government and the palace hold discussions about how and to what extent a bill should apply to Elizabeth Windsor as a private citizen during the drafting of legislation.

“The royal household can be consulted on the technical accuracy of the approach of departments to the issue of crown application,” McCabe said. “This is to ensure accuracy and to highlight any inconsistencies, and not to dictate policy.”

How are these exemptions different?

The 160 exemptions identified by the Guardian suggest two major changes are under way in how the concepts of sovereign immunity and crown application are being applied to the Queen as a private citizen.

The first is that while previously sovereign immunity assumed that the Queen could not be prosecuted or sued, without this needing to be stated in statute, the principle is now being written into law and clearly extended to encompass her private interests as well as her conduct as monarch.

As well as clarifying the principle, this development also strengthens it, suggesting that not only can the Queen not be prosecuted for criminal behaviour, but that on a more profound level certain behaviour that would otherwise be illegal is, in fact, permissible if carried out by her.

The second is that the concept of immunity is much more clearly also being applied to the assets and investments of the Queen as a private citizen. More than 30 of the laws reviewed by the Guardian create legal immunity in respect of “her private estates”, such as Sandringham and Balmoral.

Is this related to Queen’s consent?

Partly. Last year, the Guardian reported on how the Queen’s consent process had been used to allow the royal family to vet more than 1,000 laws during the reign of Elizabeth II before parliament was permitted to debate them.

Buckingham Palace has repeatedly claimed that Queen’s consent is a purely formal process that does not result in substantive changes to policy. However, that claim has been undermined by documents relating to various laws passed throughout the Queen’s reign suggesting that she or her representatives took advantage of the process to secure personal carve-outs.

In one instance, an entirely new clause to a corporate transparency bill after the Queen’s private solicitor demanded the law be altered so as to hide her “embarrassing” private wealth from the public.

Home Office documents dating from the 1960s reveal that ministers and civil servants believed they would not secure her consent to pass racial equality legislation until her advisers were satisfied that it could not be enforced against her.

As recently as 2017, the Queen was granted an exemption from a law allowing police to search private estates for looted or stolen cultural artefacts. A spokesperson for Buckingham Palace said no such artefacts were held on the Queen’s private estates.