What happens when your star is cancelled but you can’t cancel the film?

Does Armie Hammer ever yearn for the time when the worst thing people said was that nobody liked him? “Ten Long Years of Trying to Make Armie Hammer Happen” was the cruel but incisive headline of a 5,000-word BuzzFeed article from 2017 which concluded that only a wealthy white man could not merely have withstood so much failure but have been rewarded for it. The US actor tweeted about the piece, calling it “bitter AF” before making a celeb’s exit from the social media platform: he deleted his account then quietly reactivated it.

Those must seem now like halcyon days. Hammer’s fall began a year ago when messages surfaced online, purportedly sent from him to various extramarital partners, suggesting an erotic interest in cannibalism. Sexual assault allegations were made by multiple women, while an accusation of rape prompted a Los Angeles police investigation. Hollywood tends to act fast when handling a scandal in the age of social media and #MeToo: Hammer was dropped immediately by his agents, William Morris Endeavor. He exited projects including the Jennifer Lopez romcom Shotgun Wedding, Amma Asante’s cold war thriller Billion Dollar Spy and The Offer, a 10-part series about the making of The Godfather. His scenes in Taika Waititi’s soccer comedy Next Goal Wins were reshot with Will Arnett taking his place.

It was too late, however, for Disney to excise him from its plush new version of the Agatha Christie whodunnit Death on the Nile. Shot before the pandemic, the film has remained moored, if not quite dead in the water. Its prospects were not enhanced by controversy surrounding another cast member, the Black Panther star Letitia Wright, who recently retweeted an anti-vaccine video that was described as “hot garbage” by her fellow Marvel Cinematic Universe alumnus Don Cheadle.

While Wright’s behaviour is merely irresponsible, the allegations against Hammer (which he strongly denies) are criminal. As a prominent figure in Death on the Nile’s ensemble cast, it would have been too costly and complicated for Disney to reshoot his scenes using a replacement.

That was the last-ditch course of action taken by Sony when the 2017 release of Ridley Scott’s All the Money in the World coincided with abuse allegations against Kevin Spacey. His scenes as the billionaire J Paul Getty were reshot with Christopher Plummer, who later earned an Oscar nomination for the part. Meanwhile, loud sighs of relief must have emanated from everyone associated with the action comedy Baby Driver, which also featured Spacey but pipped the scandal to the post by four months.

When reshoots are not an option, the best a studio can hope for is damage limitation, burying any incendiary elements low in the PR mix. Hammer appears briefly in the trailer for Death on the Nile, and is still featured in publicity material; but unlike co-stars such as Kenneth Branagh (who also directed the film), Annette Bening and even Wright, he hasn’t received the compliment of his own individual character poster. Including him in promotional interviews would also be too steep a risk, and hardly necessary when there are plenty of other famous faces in play. 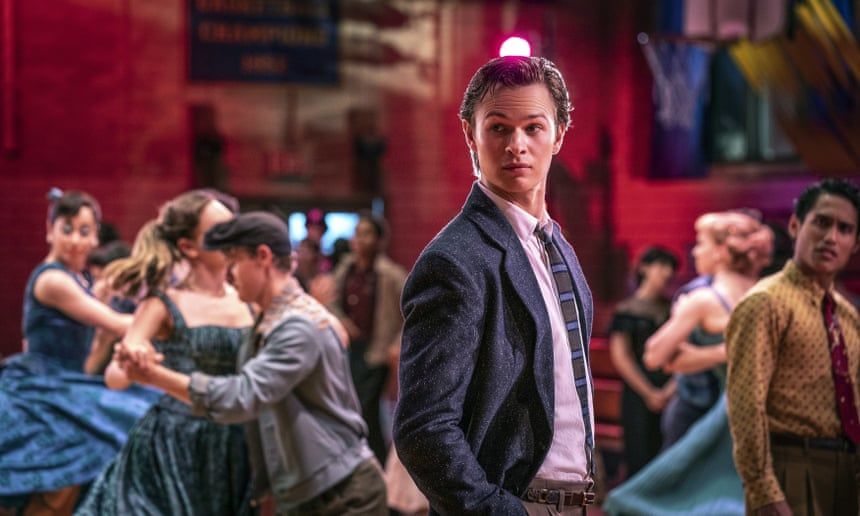 Disney had similar problems recently with another release. Like Death on the Nile, Steven Spielberg’s musical West Side Story faced a lengthy delay to its release because of the pandemic; it was also tainted by a sexual assault allegation that arose during that pause against one of its stars, Ansel Elgort, best known as a star of Baby Driver – a movie that is beginning to look jinxed.

One irony is that Spielberg and the playwright Tony Kushner gave Elgort’s character some bad-boy credentials that were absent from the original Broadway show and the previous 1961 film. In their version, the romantic lead Tony is an ex-con who spent a year in prison after almost beating a rival gang member to death. The actor, who has a face like a scoop of vanilla ice-cream, is far too pretty and pouty to render that backstory convincing. It would be impossible to say whether the allegation, which Elgort has denied, describing the relationship with his accuser as “brief, legal and entirely consensual”, influenced the movie’s miserable box-office performance, but put it this way: it didn’t help.

Even so, Disney hardly placed Elgort under house arrest. He was grouped with co-stars for press interviews, shifting the focus away from him and on to the movie. He also made a string of TV appearances in environments that promised zero chance of any curveball questions. 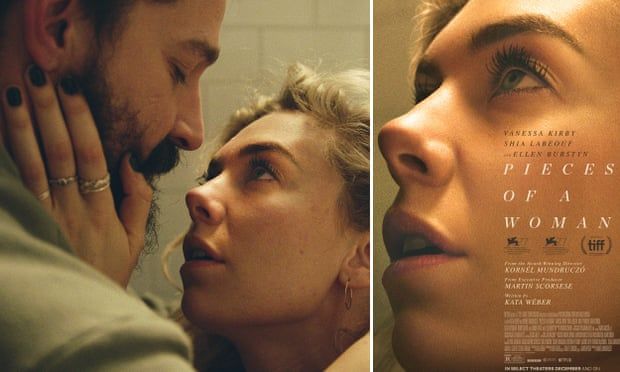 A still from Pieces of a Woman, starring Shia LaBeouf and Vanessa Kirby and the current poster, without LaBeouf.

The safest route for studios dealing with scandal-struck stars must be to resort to a media blackout such as the one imposed on Shia LaBeouf around the release of the drama Pieces of a Woman. After the musician and actor FKA twigs issued a lawsuit against him last January alleging emotional, physical and sexual abuse, Netflix removed any mention of LaBeouf from publicity surrounding the movie, including the awards season campaign that brought his co-star, Vanessa Kirby, an Oscar nomination. He issued a partial denial.

It can even be necessary to quietly sideline actors involved tangentially in another star’s scandal, at least until the air clears. Some press interviews with Paul Bettany to promote the Amazon Studios drama Uncle Frank in late 2020 were withdrawn at the last moment to avoid questions about the dubious texts between the actor and his friend Johnny Depp, which had been made public during Depp’s unsuccessful attempt to sue the Sun newspaper for calling him a “wife beater”. 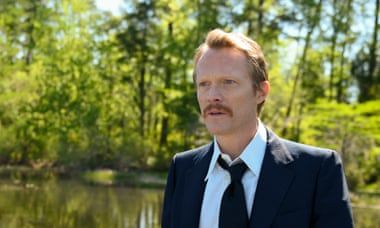 Paul Bettany in Uncle Frank. His friendship with Johnny Depp was briefly a problem.

Depp may have been replaced by Mads Mikkelsen in the third Fantastic Beasts movie and had his recent film Minamata offloaded by MGM on to another distributor, but acclaim for the Marvel series WandaVision seems to have successfully laundered Bettany’s reputation. He was even doing the publicity rounds again recently, accepting GQ’s Boss Leading Man award and complaining to one newspaper that it was “an unpleasant feeling” to have his private correspondence read aloud in court. Maybe next time he might not join in with the banter of a chum who is fantasising about killing his ex-wife. Just a thought.

"As with any half-decent biscuit tin: who cares if one or two are broken?

The question of how far such controversy reaches is moot: bad publicity of any sort is too great a risk. Even so, there may be good news for Disney from a business perspective with Death on the Nile. The picture was greenlit while Branagh’s Murder on the Orient Express (which featured Depp among its cast) was on its way to a worldwide gross of $352m (£258m). As in the case of that 2017 whodunit, it is surely the combination of Branagh, Christie, a starry ensemble and a glossy, old-fashioned style of cinema – rather than any one performer – that will motivate the valuable older demographic to see the movie. One of the benefits of star-studded casts is that there is bound to be something for everyone. It’s like any half-decent biscuit tin: who cares if one or two are broken?

No one would pretend that the allegations against Armie Hammer aren’t serious. But in terms of audience recognition, prestige and prizes, he is no Kevin Spacey. Beyond journalism and social media, it may be the case that older audiences don’t even know who he is, let alone what he is alleged to have done. Of course, wariness about returning to cinemas tends to be higher among that same demographic, which means that the release of Death on the Nile will not be plain sailing. If the movie does run aground, it might be one thing that can’t be blamed solely on this Hammer horror.