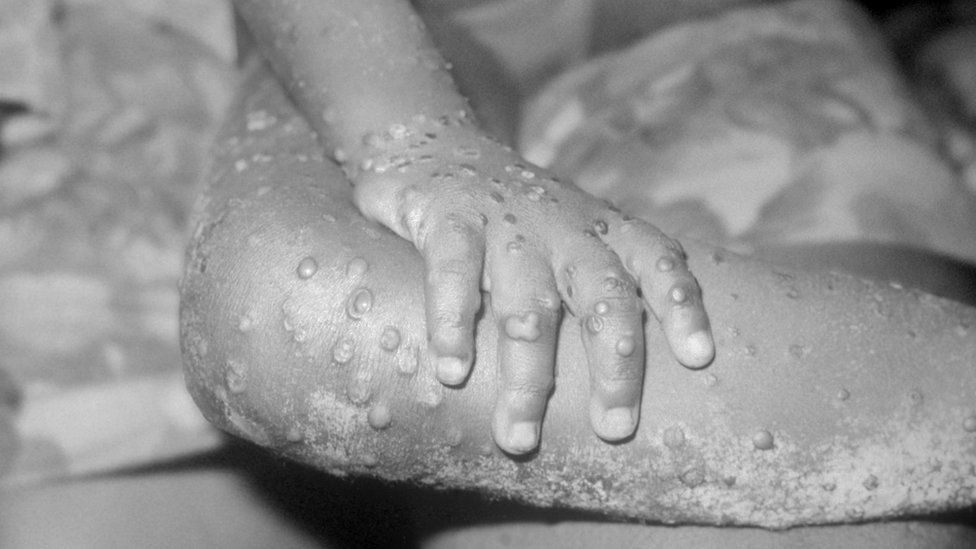 What is monkeypox and how do you catch it?

Cases of monkeypox - a rare, little-known disease - are being investigated in European countries including the UK, the US, Canada and Australia.

In the UK there have been 190 confirmed cases in recent weeks.

Infections are usually mild and the risk to the general population is low, but the UK government has bought stocks of smallpox vaccine to guard against monkeypox.

How common is monkeypox?

Monkeypox is caused by the monkeypox virus, a member of the same family of viruses as smallpox, although it is much less severe and experts say chances of infection are low.

It occurs mostly in remote parts of central and west African countries, near tropical rainforests.

There are two main strains of virus - west African and central African - and it's the milder one from west Africa which is now circulating in other regions of the world.

The unusually high numbers of people infected with monkeypox outside of Africa with no travel links to the region, means the virus is now spreading in the community.

The UK Health Security Agency says anyone concerned they could be infected should phone NHS 111 or contact their local sexual health clinic, but call or email ahead of a visit.

It is also advising those infected not to have sex while they have symptoms and use condoms for eight weeks after an infection, as a precaution.

What are the symptoms?

Once the fever breaks a rash can develop, often beginning on the face, then spreading to other parts of the body, most commonly the palms of the hands and soles of the feet.

The rash, which can be extremely itchy or painful, changes and goes through different stages before finally forming a scab, which later falls off. The lesions can cause scarring.

The infection usually clears up on its own and lasts between 14 and 21 days.

How do you catch it?

Monkeypox can be spread when someone is in close contact with an infected person. The virus can enter the body through broken skin, the respiratory tract or through the eyes, nose or mouth.

It has not previously been described as a sexually transmitted infection, but it can be passed on by close contact.

New guidance is advising anyone with the virus to abstain from sex while they have symptoms.

While there is currently no available evidence that monkeypox can be spread in sexual fluids, people confirmed to have the virus are advised to use condoms for eight weeks after infection as a precaution.

It can also be spread by contact with infected animals such as monkeys, rats and squirrels, or by virus-contaminated objects, such as bedding and clothing. 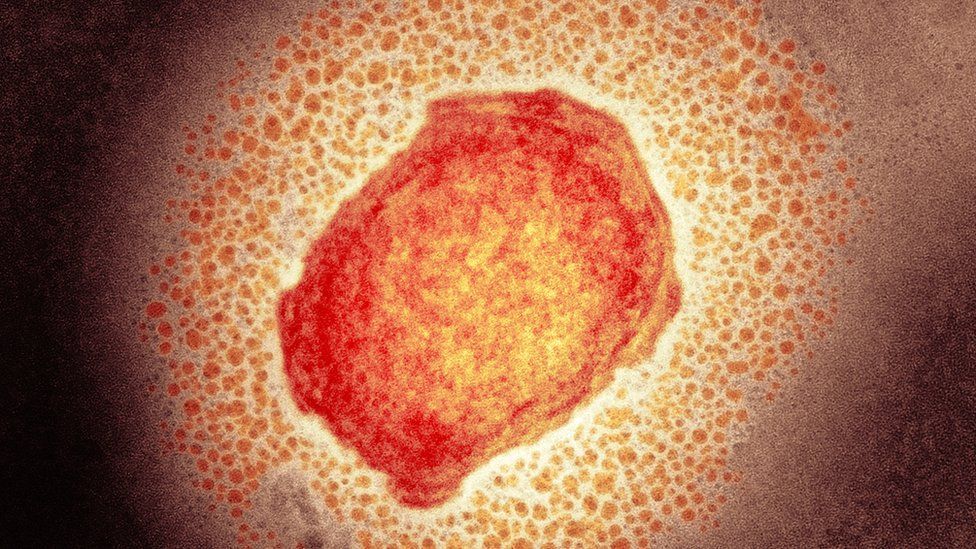 How dangerous is it?

Most cases of the virus are mild, sometimes resembling chickenpox, and clear up on their own within a few weeks.

Monkeypox can sometimes be more severe, however, and has been reported to have caused deaths in west Africa.

Are gay men at greater risk?

Although some of the cases have been seen in gay and bisexual men, anyone who comes into close contact with someone who has monkeypox could potentially get the virus.

The UK Health Security Agency has said "a notable proportion" of the recent cases in the UK and Europe have been found in gay and bisexual men "so we are particularly encouraging them to be alert to the symptoms and seek help if concerned".

How common are outbreaks?

The virus was first identified in a captive monkey and since 1970 there have been sporadic outbreaks reported across 10 African countries.

In 2003 there was an outbreak in the US, the first time it had been seen outside Africa. Patients caught the disease from close contact with prairie dogs that had been infected by small mammals imported into the country. A total of 81 cases were reported, but none resulted in deaths.

In 2017, Nigeria experienced the largest known outbreak. There were 172 suspected cases and 75% of victims were men between 21 and 40 years old.

What is the treatment?

Outbreaks can be controlled by infection prevention.

Vaccination against smallpox has been proven to be 85% effective in preventing monkeypox.

The UK has bought doses of the smallpox vaccine, but it is not clear how many jabs might be given.

Should the public be concerned?

Experts say we are not on the brink of a national outbreak and, according to the UK Health Security Agency (UKHSA), the risk is low.

Prof Jonathan Ball, professor of molecular virology, University of Nottingham, said: "The fact that only one of the 50 contacts of the initial monkeypox-infected patient has been infected shows how poorly infectious the virus is.

"It is wrong to think that we are on the brink of a nationwide outbreak."

UKHSA is following up those who have had close contact with patients to offer advice and to monitor them.