What on Earth Is Amazon Doing?

The company’s social-media aggression is shocking. It shouldn’t be.
What the hell is Amazon doing?

The company is behaving like a common troll on social media, which is not the usual stance for a giant corporation. As someone who has spent an ungodly amount of time studying brand behavior on the internet, I have a theory—but, first, let me back up.

Over the past week, Amazon has mounted an aggressive public-opinion campaign in what appears to be an effort to discredit its warehouse workers in Alabama, who are trying to unionize. The company started by targeting legislators. First, Dave Clark, Amazon’s head of worldwide consumer business, went after Bernie Sanders on Twitter, after the senator encouraged the Alabama workers to vote for a union. Then, Amazon moved the fight to its official Twitter news account, which has some 170,000 followers. That account responded to Representative Mark Pocan of Wisconsin, who had invoked recent news that Amazon workers urinated in bottles out of fear of missing production quotas.

That’s when things got interesting. Amazon News started maximizing provocation, or, in internet speak, shitposting. “You don’t really believe the peeing in bottles thing, do you?” it replied to Pocan. Then it went after Senator Elizabeth Warren, who has long sought to tax, regulate, and break up big tech companies such as Amazon. “This is extraordinary and revealing,” Amazon News posted, quoting a Warren tweet. “One of the most powerful politicians in the United States just said she’s going to break up an American company so that they can’t criticize her anymore.”

Recode reported that the directive to attack aggressively came from Amazon CEO Jeff Bezos himself. (Amazon doesn’t appear to have commented on Bezos’s role in the hubub, but it does insist that its warehouse workers are well treated. The company did not respond to a request for comment for this story.)

Amazon’s bravado was startling for its message, but also because it represents a departure from expected online corporate behavior. On social media, brands have been evolving from public-relations automatons to your cool friends. When Walmart posts about a “moment of zen … brought to you by our spring stock up essentials,” it’s just doing vanilla-flavored marketing. But when Slim Jim, the beef-stick company, sasses Steak-umm, the frozen-beef-sheet seller, over supposedly subliminal 69s in a post, it is striving to embody a personality that might resonate with customers.

Amazon’s straight-up aggression broke so much from these two common patterns that one Amazon engineer even submitted a support ticket, concerned that the Amazon News Twitter account had been hacked. It’s shocking to see a company act like an online troll instead.

It shouldn’t be. In fact, it’s long past time that citizens stop construing online brands, and the companies their messages represent, as clever human interlocutors, be they catty or chatty. Which brings me back to my theory: In a backwards way, and certainly unintentionally, Amazon’s weird behavior is liberating us from the affliction of building affable relationships with corporations. It’s a reminder that although companies have basically become people in our lives, those people might very well be assholes.

The law has preserved their right to be so for some time. Over the past century, companies have been transformed into private individuals, deserving protection from the state. The Supreme Court’s 2010 ruling in Citizens United v. Federal Election Commission allowed corporations to spend unlimited funds on elections. The Court’s opinion justified the decision on the grounds that limiting political spending violates the First Amendment right to free speech. Citizens United is the most recent victory for corporate personhood in the United States, but that history goes back much further. In particular, the Fourteenth Amendment, which guaranteed all citizens equal protection under the law, became a mechanism for corporations to argue for their rights as individuals. (Corporations had previously been treated as institutions chartered by a state for the public good.)

It’s a convenient accident that the Citizens United decision corresponded with the arrival of the consumer internet. By 2010, everyone was online, and in public too, on social-media services such as Facebook, Twitter, and Instagram. Previously, companies could speak only through formal messages on billboards; by mail, radio, or television; or via media coverage of their actions. The web had shifted that control a bit, but websites were still mostly marketing and service portals. Social media and smartphones changed everything. They made corporate speech functionally identical to human speech. Case law might have given companies legal personhood, but the internet made corporations feel like people.

It also allowed companies to behave like people. As their social-media posts were woven into people’s feeds between actual humans’ jokes, gripes, and celebrations, brands started talking with customers directly. They offered support right inside people’s favorite apps. They did favors, issued giveaways, and even raised money for the downtrodden. Brands became #brands.

In 2018, I wrote about my personal experiences with this new kind of brand behavior for The Atlantic, when Comcast sent me 10 pizzas after I dared them to on Twitter. By then, brands had developed distinctive, humanlike personalities online: Wendy’s cattiness countered Arby’s dorkiness, for example. Steak-umm had become a kind of social-media hero, using the persona of a Rust Belt underdog to opine on social and political topics of all stripes.

Back then, I warned against growing too comfortable with these newly seductive corporate relationships. The brands were not real human friends, but neither were they faceless corporations anymore. That ennui has deepened, and “Ugh, #brands” has become a more common sentiment among people who might previously have found them charming. Now Amazon’s social-media mutiny expresses the same disgust, but in a despicable corporate voice.

That’s apt, because Amazon might be the best standard-bearer for the concept of an Evil Corporation. Over the past quarter century, it has devoured online shopping, publishing, music, and more. It has muscled out businesses by reportedly using their sales data to develop cheaper, competing products of its own. (The company has said its employees are prohibited from doing this.) It has sold conspiratorial books and dangerous goods. It has driven its warehouse and delivery labor force to exhaustion to bring you inexpensive stuff slightly faster than everyone else. It has sold people always-on microphones and cameras for home surveillance, then offered the data spoils to law enforcement. It drew cities into outrageous, highest-bidder incentives for a second headquarters, then abandoned one of the winners anyway.

Given all the rest of its acts, isn’t it a little coy to gasp when the company talks nasty on Twitter?

As part of its aggressive campaign against its detractors, Amazon reportedly mustered an army of employee accounts on Twitter to parrot its talking points from the factory floor. This technique, which Amazon has used before, mirrors the 2016 and 2020 election disinformation campaigns. The messages are so confusing, at least one account created as a satire of Amazon’s swarm seems to have been mistaken for an authentic one. And Twitter has banned many similar, fake accounts. On the internet, even shitposting goes meta—and the press just gives it more oxygen.

No matter the outcome of the Alabama unionization effort, the implications of Amazon’s turn toward social-media hostility will reverberate longer and more broadly. Let’s hope it marks the beginning of the end of the #brands age. Consumers have affinities for branded products, but it was always a perversion for that fondness to evolve into empathy for the brand as a person. Corporate relations never should have entailed relationships; instead, companies are best held at the safe distance of impersonal transactions. Why not start to rebuild that skepticism today via Amazon’s new model for a company whose speech you sort of abhor, actually. How gross.
#Facebook 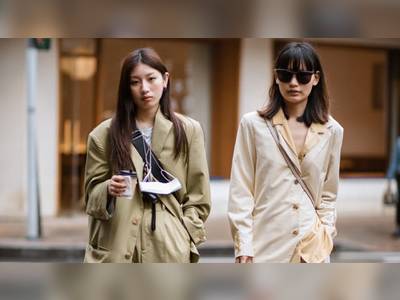 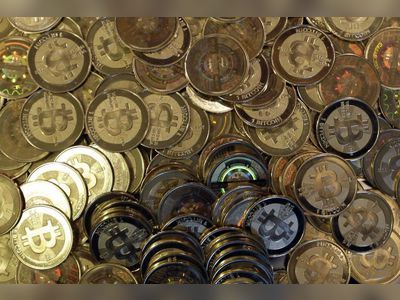 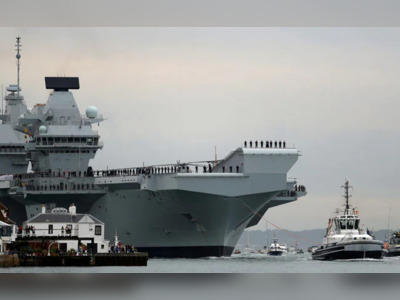 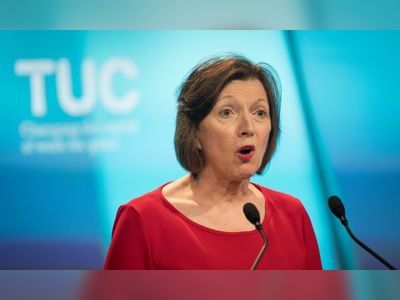 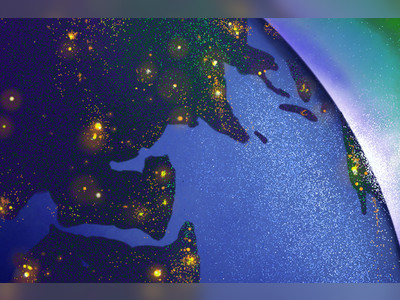 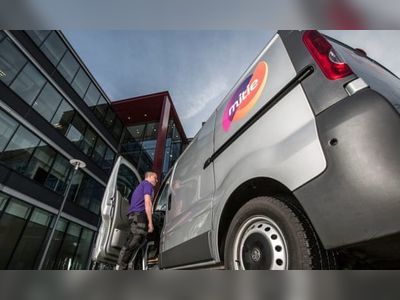 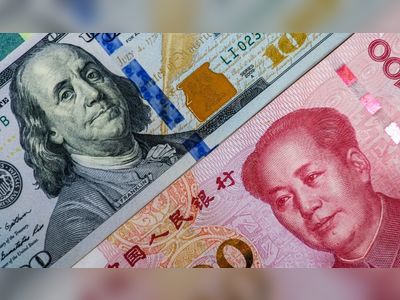 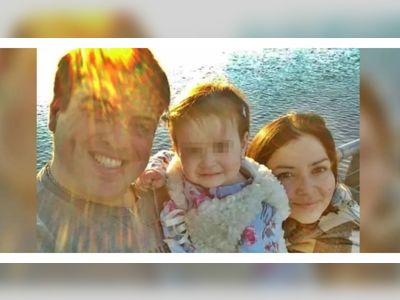 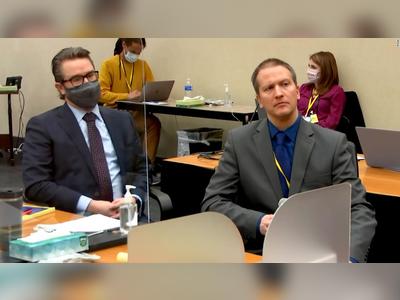 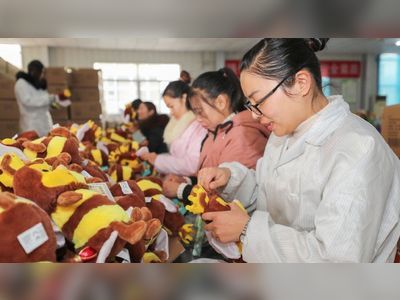 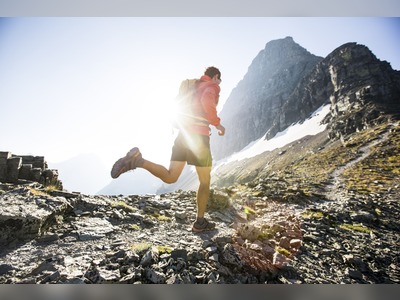