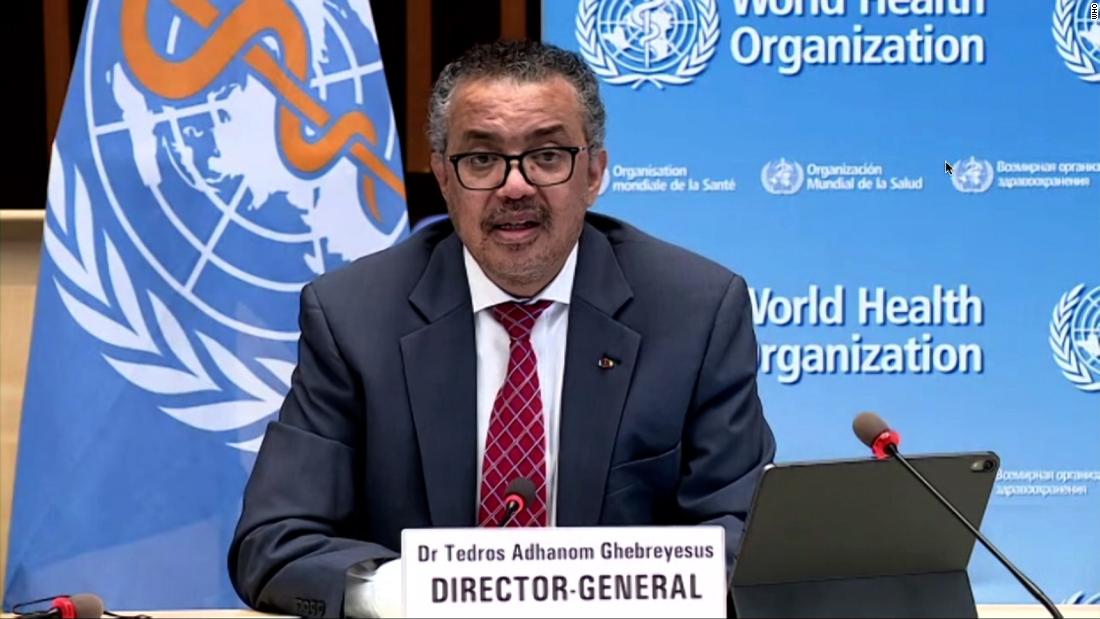 "Even while hundreds of millions of people are still waiting for their first dose, some rich countries are moving towards booster doses," added Tedros. "So far more than 4 billion vaccine doses have been administered globally. More than 80% have gone to high and upper middle income countries, even though they account for less than half of the world's population."

Germany, the UK, and Israel have all announced plans to provide booster shots for certain vulnerable populations.

While Tedros said he understood the concern of all governments to protect their people from the Delta variant, "we cannot and we should not accept countries that have already used most of the global supply of vaccines using even more of it while the world's most vulnerable people remain unprotected."

In May, Tedros called for global support to enable countries to vaccinate at least 10% of their populations by September. He said that although it's more than halfway to the target date, the world is not on track.

When his challenge was issued, high income countries had administered around 50 doses for every 100 people, Tedros said.

Tedros called upon the G20 leaders to make concrete commitments to support WHO's global vaccination targets, for vaccine producers to prioritize COVAX, and for everyone with influence to support the call for the moratorium on boosters.
#Vaccines  #vaccine  #Covax