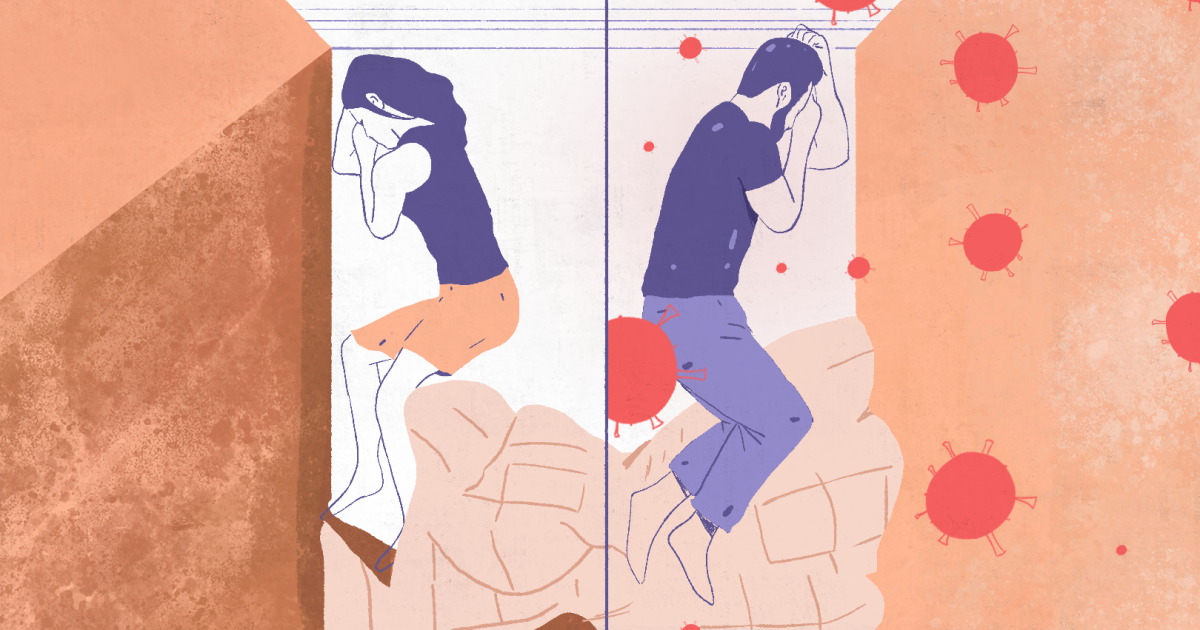 How past exposure to other coronaviruses can stop people from catching COVID-19 even if they live with someone who has tested positive. Plus, how to recognise the symptoms of a blood clot.

Many of us will be familiar with this scenario: Someone we know has tested positive for COVID-19 but despite living with that person, one or more members of their household continue to test negative. How is this possible? We know that SARS-CoV-2 is mainly spread through airborne particles. We have also seen how quickly it can spread through communities. So, how then can the people breathing the same air as those infected, remain uninfected?

According to a new study, the answer may lie in people being exposed to other coronaviruses in the past that enabled them to make memory immune cells, called T cells, which offer protection against the SARS-Cov-2 coronavirus. The term coronavirus is a broad one that encompasses a number of viruses in addition to the one that causes COVID-19. Many of the common colds we see are caused by viruses that belong to the coronavirus family. The study suggests that memory T cells created by exposure to these viruses could be why some people test negative for COVID-19 despite living with someone who has tested positive. Although the different coronaviruses cause different illnesses and the viruses behave in different ways, they do have some shared characteristics that group them together into the same family. Their shared structural similarities enable immune cells that recognise one type of coronavirus to recognise another type.

The study followed 52 COVID-19 household contacts. Its aim was to capture the earliest point at which these people developed an immune response to the SARS-Cov-2 virus. Blood was tested for immune cells between day one and day six of when their household contact tested positive for COVID-19. They found higher levels of memory T cells in the samples of those who tested negative on a PCR test for COVID-19 than those who tested positive.

The authors believed the levels and speed at which the memory T cells became active after being exposed to their household contact of COVID-19 suggests these immune cells were pre-existing from previous coronavirus infections, and not from the current exposure to the SARS-Cov-2 virus. This is why this group of people did not test positive on a PCR test. They believe these pre-existing T cells triggered an immune response that quickly dealt with the SAR-CoV-2 virus before it could infect the individual and show a positive PCR test. They did also find these T cells in the group that tested positive but the levels were not as high.

As a result, the next generation of COVID-19 vaccines may target core coronavirus proteins as well as the outer spike protein.

A video clip of UK Health Secretary Sajid Javid being told by critical care consultant Dr Steve James that he won’t get vaccinated as the “science isn’t strong enough” has been shared widely on social media. The conversation took place while the health secretary was visiting King’s College Hospital in London. The doctor was being asked about mandatory vaccines for the UK’s National Health Service (NHS) staff, which are due to come into force from April 1.

“The vaccines are reducing transmission for about eight weeks with Delta. For Omicron, probably less,” said Dr James.

I watched the clip, willing Sajid Javid to inform this doctor that his statistics were incorrect and give him the facts. But that was expecting too much. Instead, he mumbled something incoherent and the video cut. So, it has been left to those of us in the know to correct this piece of misinformation.

People who work in the NHS were prioritised for the COVID-19 vaccines when they were first offered. As a result, they will most likely have been given the Pfizer vaccine, the first to be approved in the UK.

According to a study, people who received two doses of this vaccine had a 25 percent lower risk of infecting others compared with unvaccinated people after 12 weeks, very different to what the doctor suggested. Not only this, but vaccinated people are more likely to clear the virus faster, meaning they are less likely to pass it on to others during the course of the infection.

One study found vaccinated people were 85 percent less likely to be infected after two weeks than those unvaccinated. Although two vaccines are less likely to prevent transmission when it comes to Omicron, boosters are offering good protection against severe illness from this variant.

Dr James went on to say he had antibodies from a natural infection of COVID-19 and implied these would protect him more than the vaccines would. A study by Imperial College London has shown that naturally produced antibodies offer only 19 percent protection against Omicron, so it is best not to rely on these. Natural immunity also requires the need to get the virus, something that most healthcare professionals would advise actively trying to avoid as the infection can be unpredictable in the acute phase and can lead to long-term symptoms for many.

Dr James has said in subsequent Instagram posts that he is not against the vaccines but wants the choice. His comments have of course been seized upon by those opposed to the vaccines; the clip has been used far and wide as a justification for not being vaccinated. I believe in choice, too, and have chosen to have the vaccines based on evidence that they offer the best protection. Dr James will be confronted with the consequences of his decision come April 1, when unvaccinated people who work in the NHS stand to lose their jobs. For those who may have taken his words as reason not to be vaccinated and are not in such a fortunate position, the times ahead may be hard.

Reader’s Question: How to spot the signs of a blood clot

There are several different types of blood clots and depending on where they occur in the body, their symptoms will vary. One of the most common types of blood clot to get is a deep vein thrombosis (DVT). A DVT is a blood clot in a vein, usually in the leg and can potentially be quite dangerous.

A blood clot is a thick gelatinous mass of blood cells and clotting proteins that can block a blood vessel and stop oxygen and food from getting to vital organs and tissues. 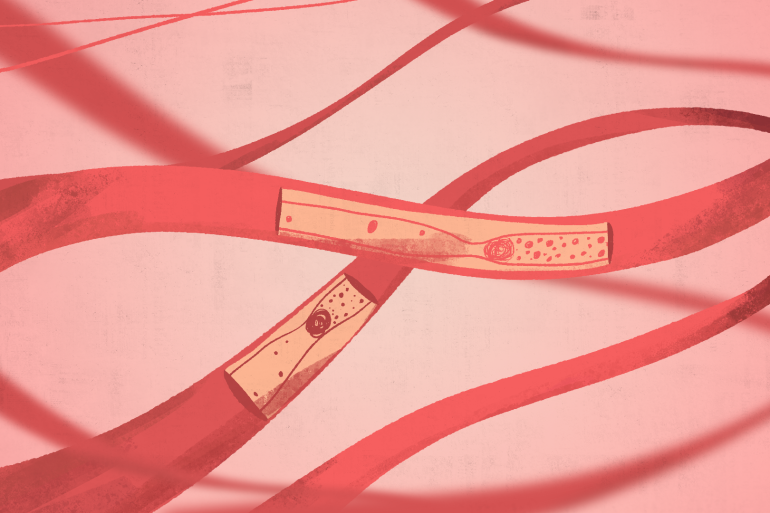 Blood is normally a viscous fluid that likes to flow freely along blood vessels. Anything that affects the flow of blood through blood vessels can increase the risk of a clot forming. Things that can affect blood flow include anything that affects the inside wall of blood vessels such as fatty deposits, swelling or inflammation from smoking, irregular heart rhythms and periods of immobility that slow blood flow down. Being pregnant, having cancer and being overweight also increase a person’s chances of developing a clot.

A blood clot in the leg can present with one or more of the following symptoms:

* Throbbing or cramping pain in one leg (rarely both legs), usually in the calf or thigh

* Swelling in one leg (rarely both legs)

* Warm skin around the painful area

* Red or darkened skin around the painful area

* Swollen veins that are hard or sore when you touch them

The main concern with clots in the legs is that there is a small chance they can break away and travel to the lungs and obstruct the vital blood vessels there. This is called a pulmonary embolism.

DVTs are usually diagnosed on a scan and treated with blood-thinning medication. Sometimes, this is given as injections, but for most people, it will be given as tablets that they will have to continue to take for several months or longer.

The best way to reduce your risk of developing a DVT is to keep a healthy weight, keep active and keep hydrated.