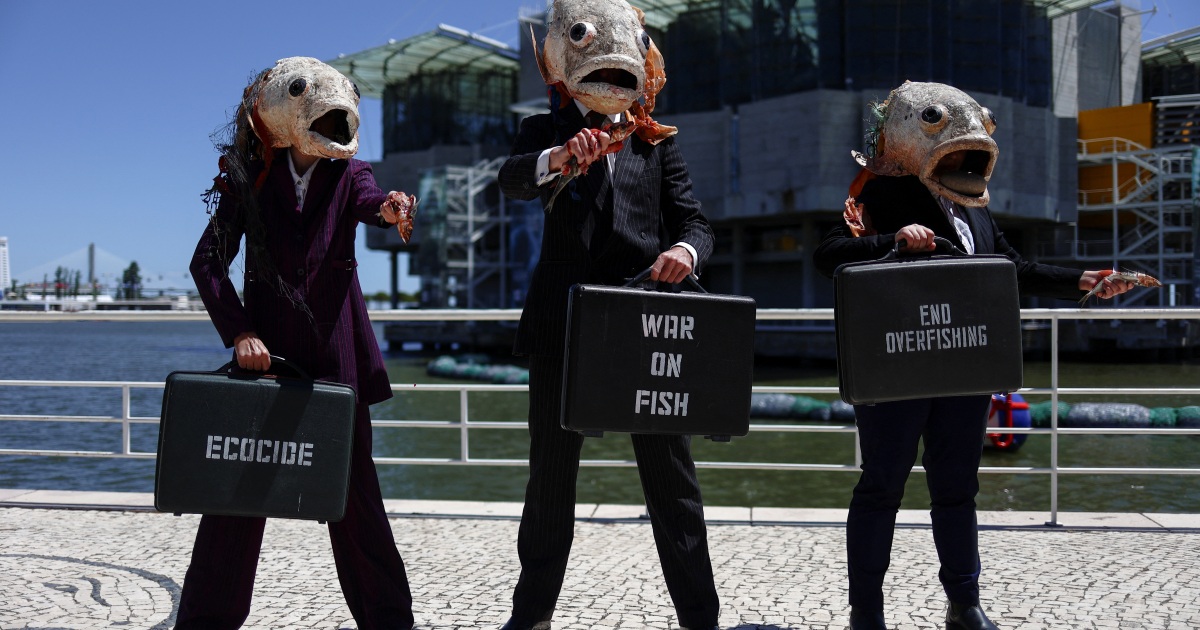 The five-day United Nations Ocean Conference in Lisbon, Portugal is focused on restoring the health of the oceans.

The world is facing an “ocean emergency”, United Nations chief Antonio Guterres has warned, as thousands of activists, scientists and leaders gathered at the UN Ocean Conference in Portugal’s capital to call for strengthening sea-protection measures.

“We have taken the ocean for granted,” Guterres told policymakers, experts and advocates at Monday’s opening plenary in Lisbon, describing how seas have been hammered by climate change and pollution.

“I am urging all participants at the UN Ocean Conference to right these wrongs and do our part for the ocean. We must take action and turn the tide,” he said.

Drawing people from more than 120 countries, the five-day Ocean Conference is focused on restoring the health of the oceans, which cover 70 percent of the Earth’s surface and provide food and livelihoods for billions of people.

Oceans are home to an estimated 700,000 to one million species and produce more than half of the world’s oxygen. However, they have been facing the impact of climate change, including global warming, pollution, and acidification.

On a beach in Lisbon on Monday, activists with the Ocean Rebellion group held a demonstration carrying placards that read, “As the sea dies, we die”.

“The world’s largest ecosystem … is still unprotected and is dying as we watch,” the activist group said. 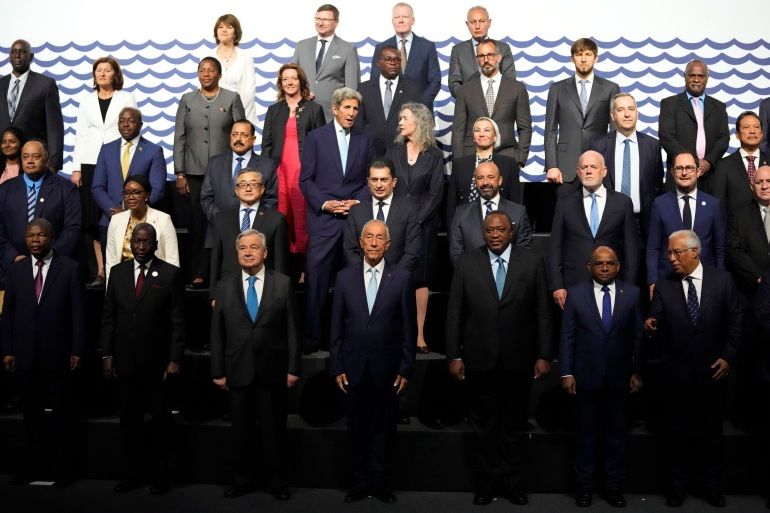 The five-day event has drawn leaders, scientists and activists from around the world

The conference, which is jointly hosted by Portugal and Kenya, is set to adopt a declaration that, though not binding on its signatories, could help implement and facilitate the protection and conservation of oceans and their resources, according to the UN. The declaration is due to be endorsed on Friday.

At the event, Guterres appealed to governments and companies to commit more funds to help create a sustainable economic model for managing the oceans.

Scientists warn that a drastic reduction in greenhouse gases is needed to restore ocean health.

Activists also say that climate change is pushing ocean temperatures to record levels and making them more acidic. Absorbing about a quarter of CO2 pollution – even as emissions have soared over the last 60 years – has turned seawater acidic, threatening aquatic food chains and the ocean’s capacity to absorb carbon.

“We have only begun to understand the extent to which climate change is going to wreak havoc on ocean health,” said Charlotte de Fontaubert, the World Bank’s global lead for the blue economy.

Making things worse is an unending torrent of pollution, including a garbage truck’s worth of plastic every minute, according to the United Nations Environment Programme (UNEP).

Global fisheries will also be in the spotlight during the five-day event.

“At least one-third of wild fish stocks are overfished and less than 10 percent of the ocean is protected,” Kathryn Matthews, chief scientist for the United States-based non-profit Oceana, told AFP news agency. 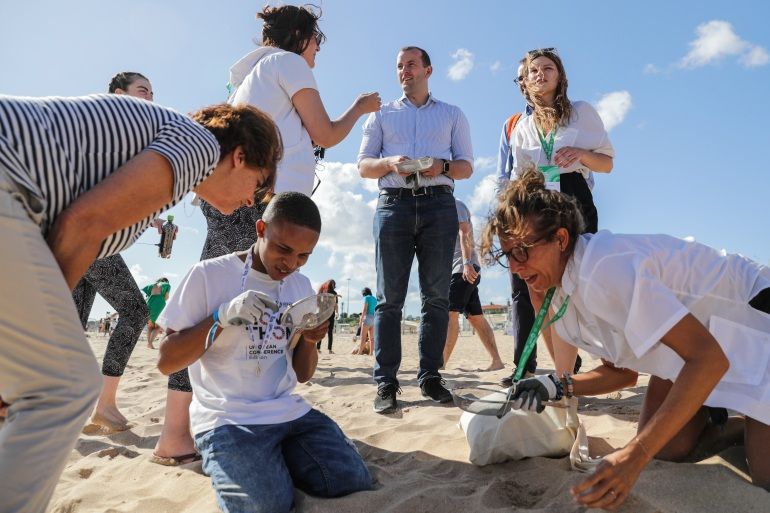 The European Commissioner for the Environment, Oceans and Fisheries, Virginijus Sinkevicius (standing, centre) during a cleaning session on the beach of Carcavelos, Oeiras, on the outskirts of Lisbon, Portugal