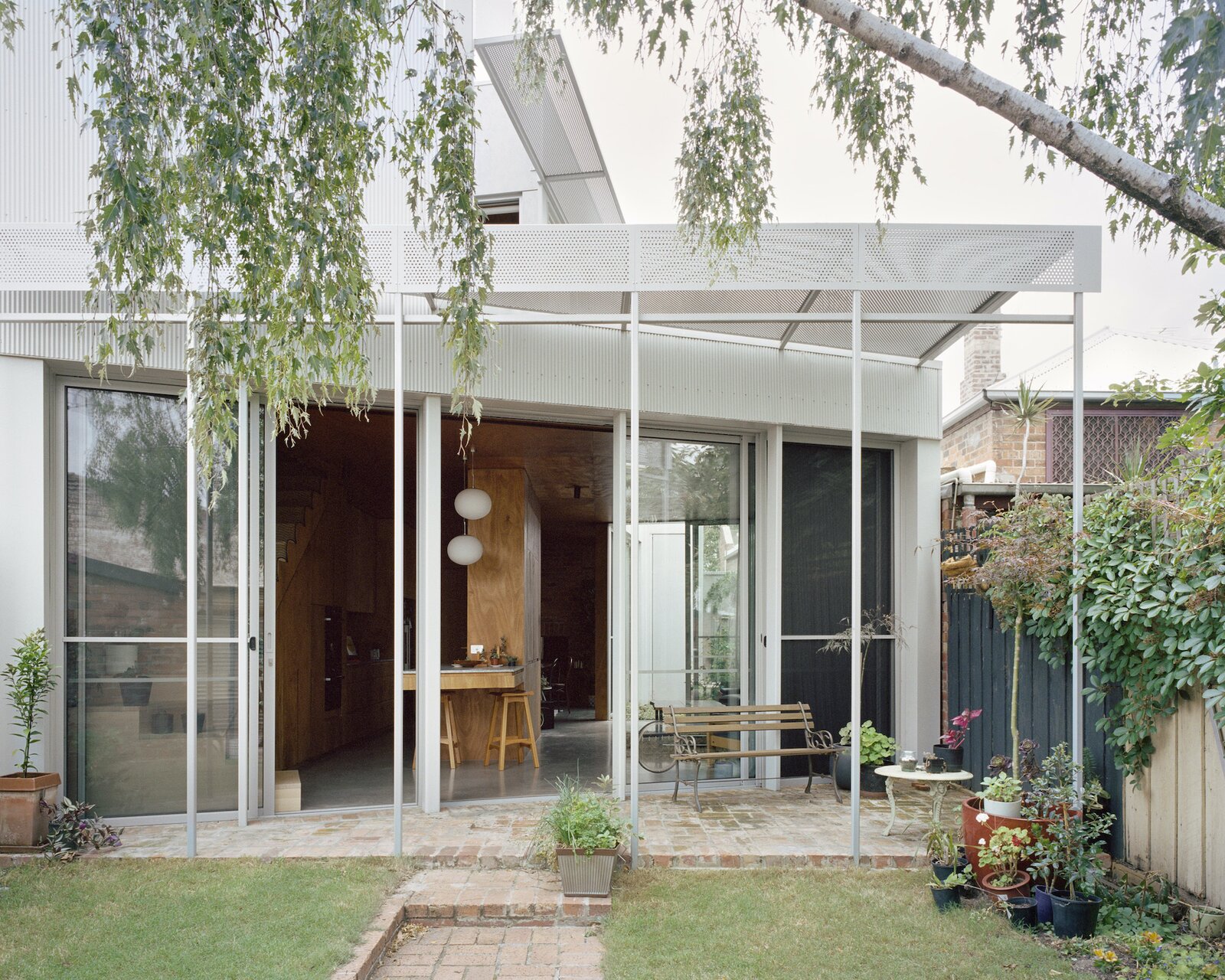 When a nurse in Melbourne decided to rework her home in the inner-suburban neighborhood of Ascot Vale, she approached local architecture studio DREAMER. "As a frontline medical worker often required to work nights, the client hoped for a nature-filled retreat capable of hosting large gatherings of extended family and friends, while still providing moments of restorative seclusion," states DREAMER’s founder, Benjamin Shields. 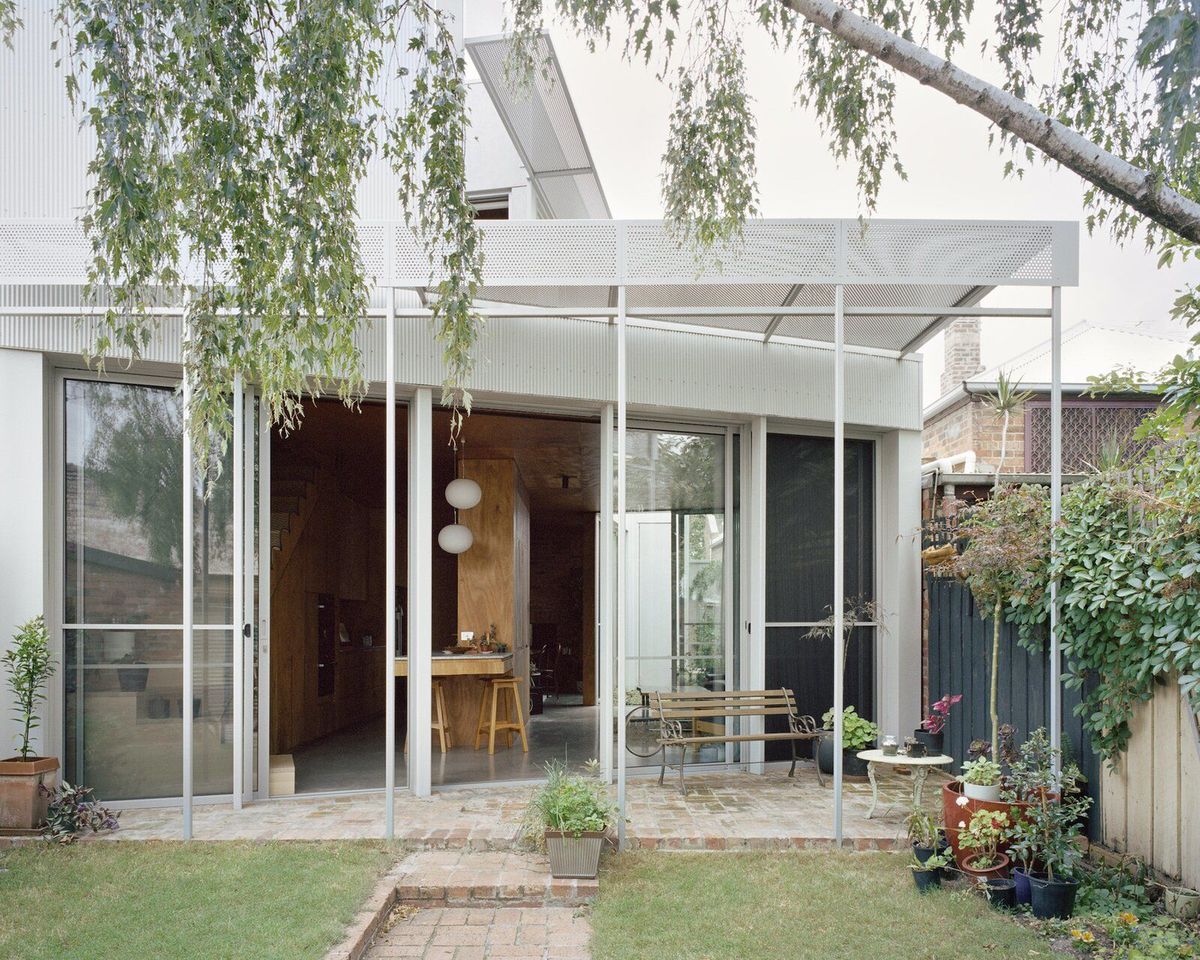 A building application was approved for a two-story addition before a fire destroyed the rear of the home, expediting the renovation process of the circa-1900 dwelling. As it stood, the home was poorly insulated, didn’t connect to the backyard, and had dark interiors-elements that weren’t remedied by a 1990s renovation. The new rear addition addresses those shortcomings while providing views from each of its rooms.

"It’s a simpatico relationship," says Shields. "It’s harmonious but the new and old parts of the building are very distinct. The addition offers a completely different interior spatial experience as it uses plywood timber internally, rather than hard plaster." 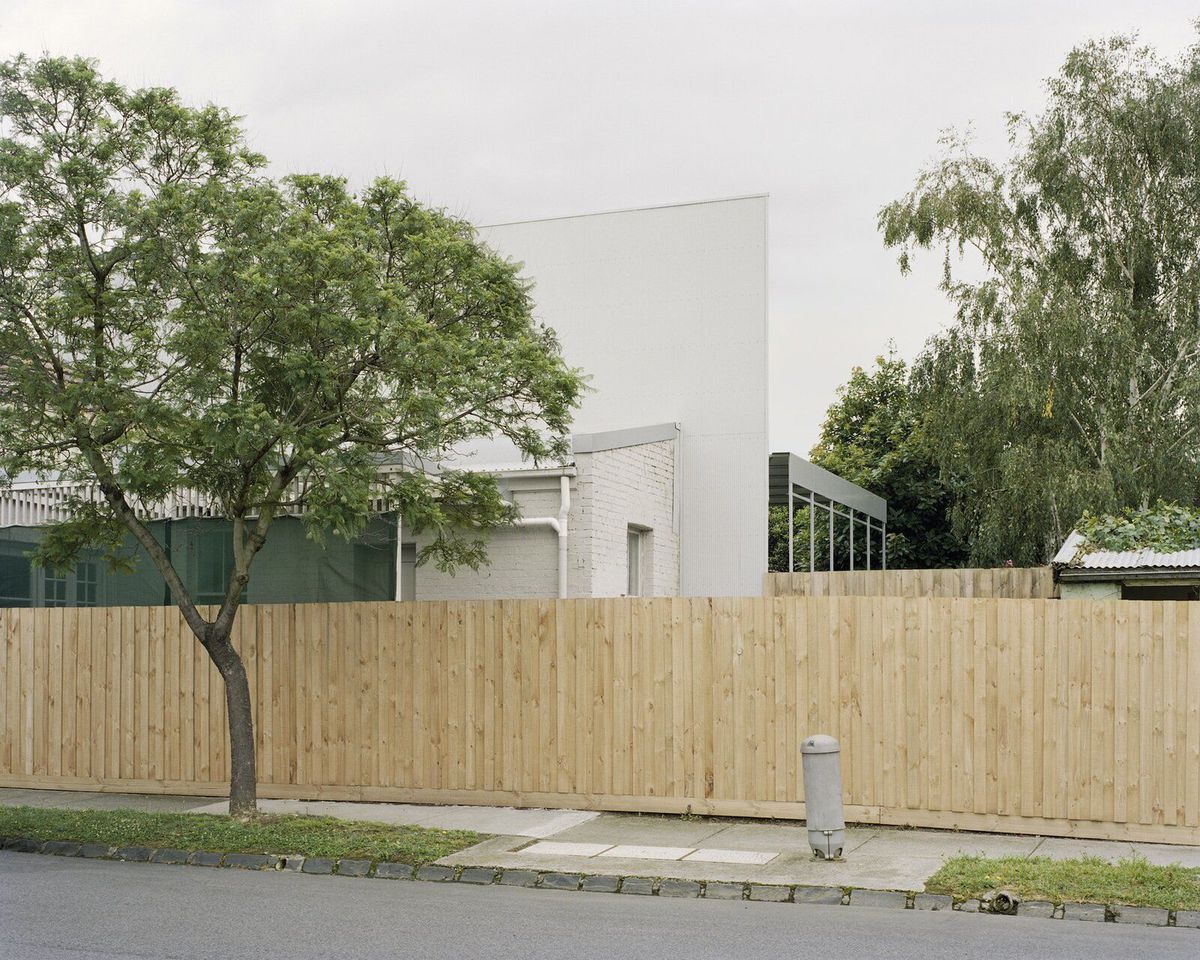 To create the new addition, changes made during the ’90s were knocked down, and so was a small section of the original house. But it was important to the client and the architect to preserve the heritage elements of the building. "We were looking for ways to preserve as much of the existing home as we could-this led to the idea of a ‘memory’ of the old house being preserved." As a result, it was decided to leave a section of the wall in the courtyard as a seat, and to recycle the bricks for use in the paving. 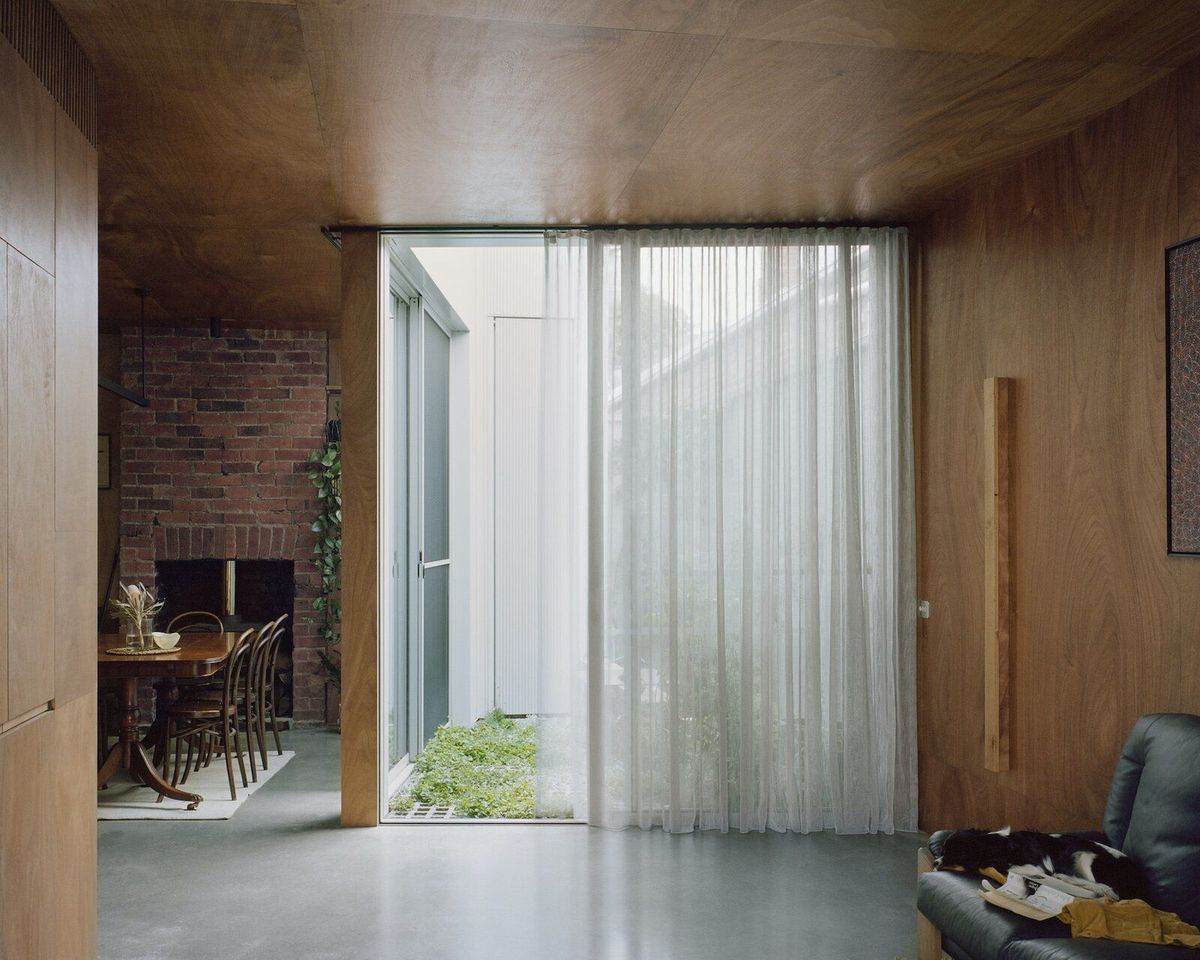 The addition connects to the existing home via the main hallway. It also features a new kitchen and a living and dining area on the ground level, and a primary bedroom on the first floor. A large granite benchtop extends from the kitchen into the living space, creating a breakfast bar with views to the backyard. There, the client enjoys their morning coffee ritual.

Externally, the addition is clad with corrugated metal, a material choice that responds to the sheet metal used for fencing and roofing in the neighboring alley. "It helps the addition to feel like it is part of the laneway condition, rather than the front street," says Shields. 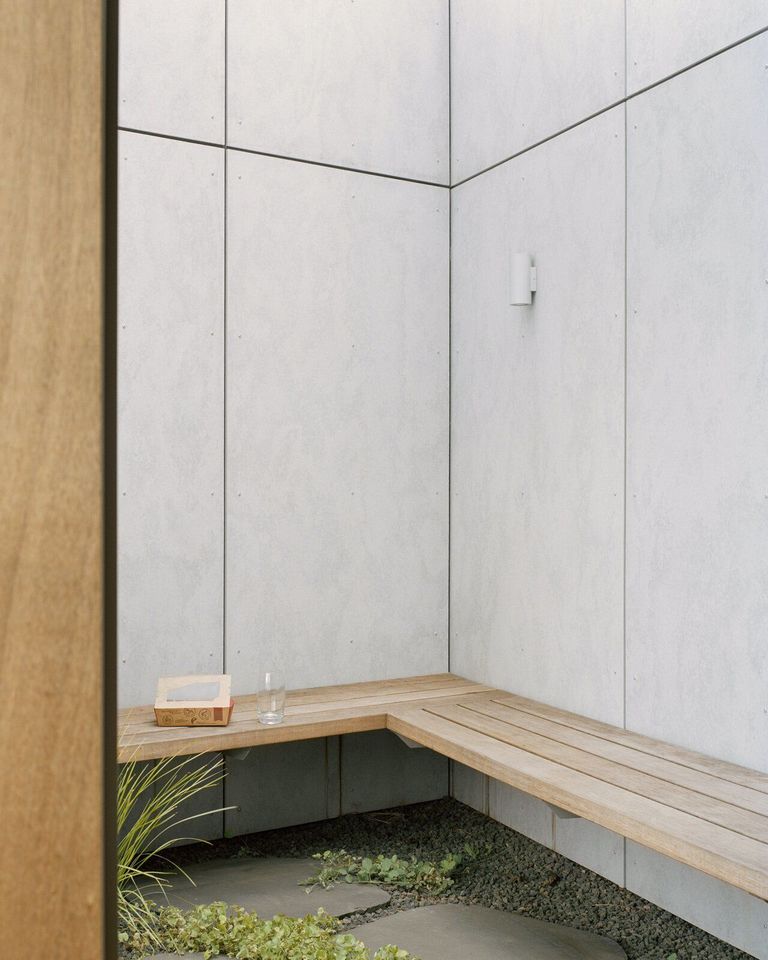 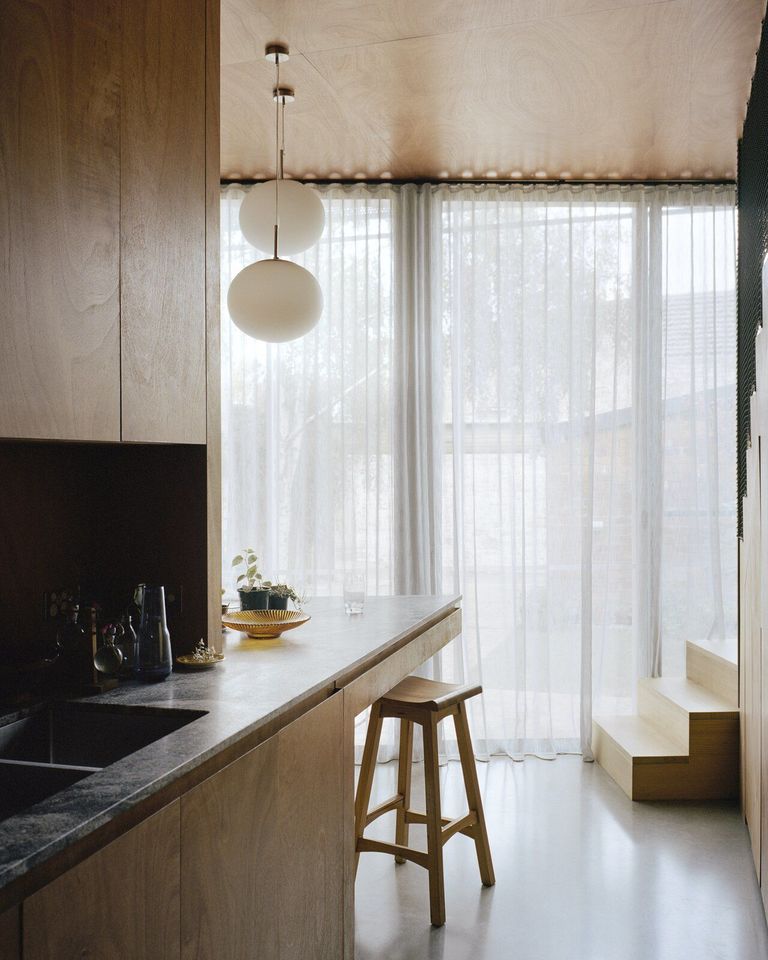 It was an essential part of the brief that the interior overlooked green spaces-and avoided peering into neighboring homes. So DREAMER arranged the addition to overlook the home’s backyard and a small, strategically placed courtyard; a refurbished bathroom and laundry in the original part of the home provides similar views. To further provide privacy to the neighbors—a codified planning restriction when it comes to Victorians-a steel sunshade was installed at ground level. The shade doubly manages interior temperatures of the home. 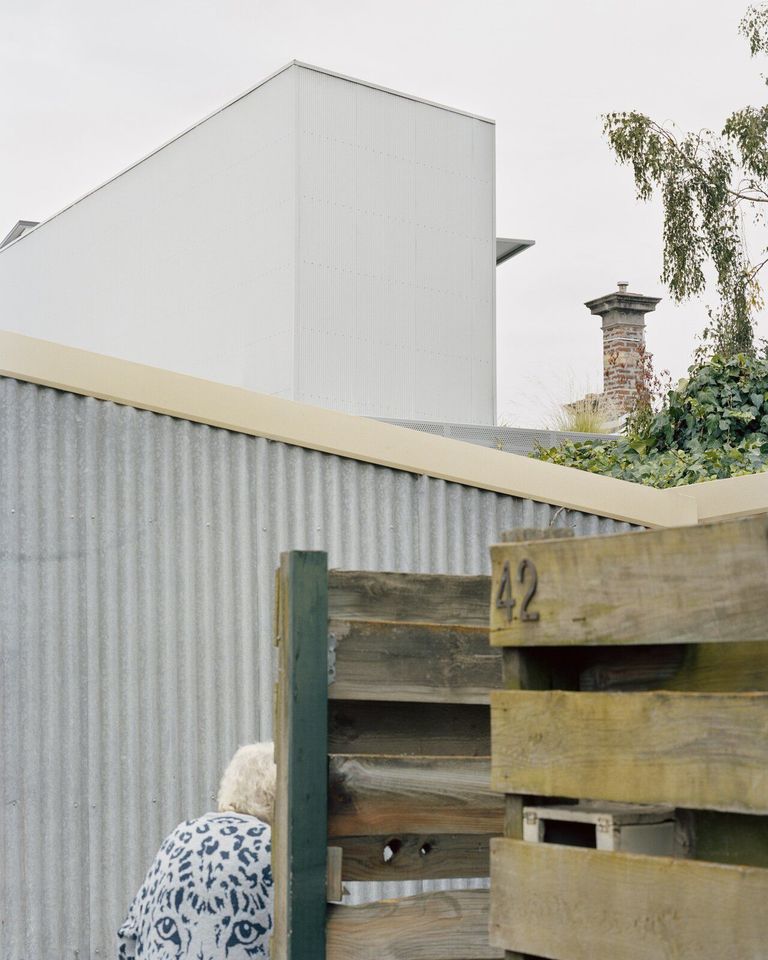 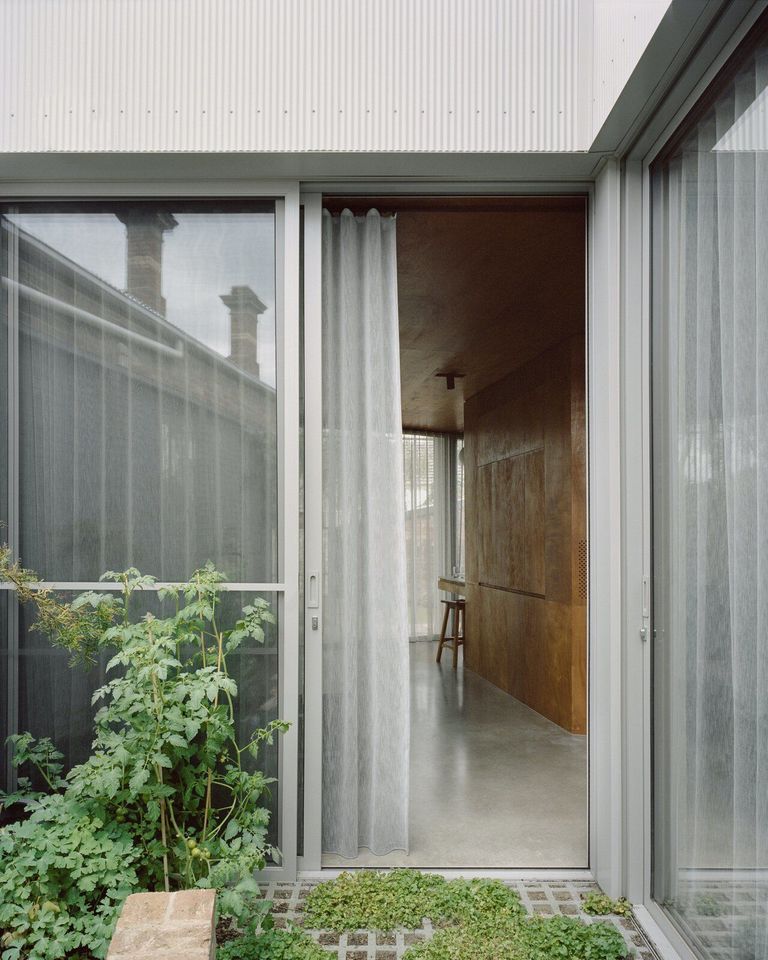 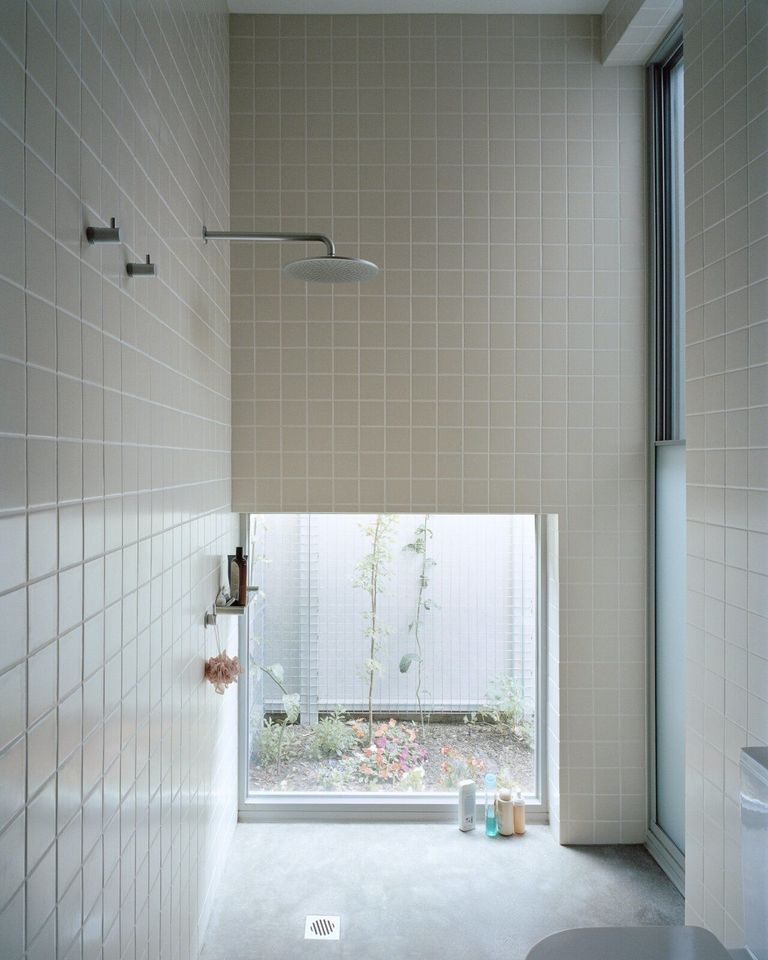 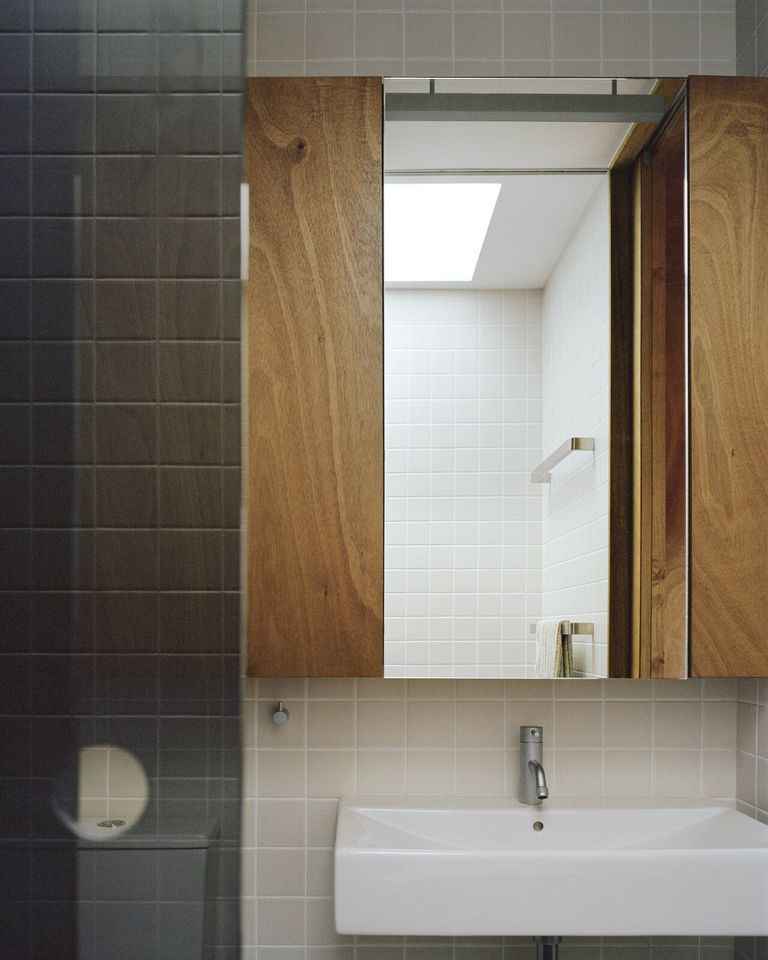 On the second level, a fully native green roof leads off the primary bedroom to create a private terrace planted with a grassy flower garden. "[The garden] is my favorite part of the project," says Shields. "It’s a very special place-it’s lush, quiet, and there’s a view over the native plants to the neighboring roofs. The client is also really starting to make the project her own through planting-we love it when we visit!" 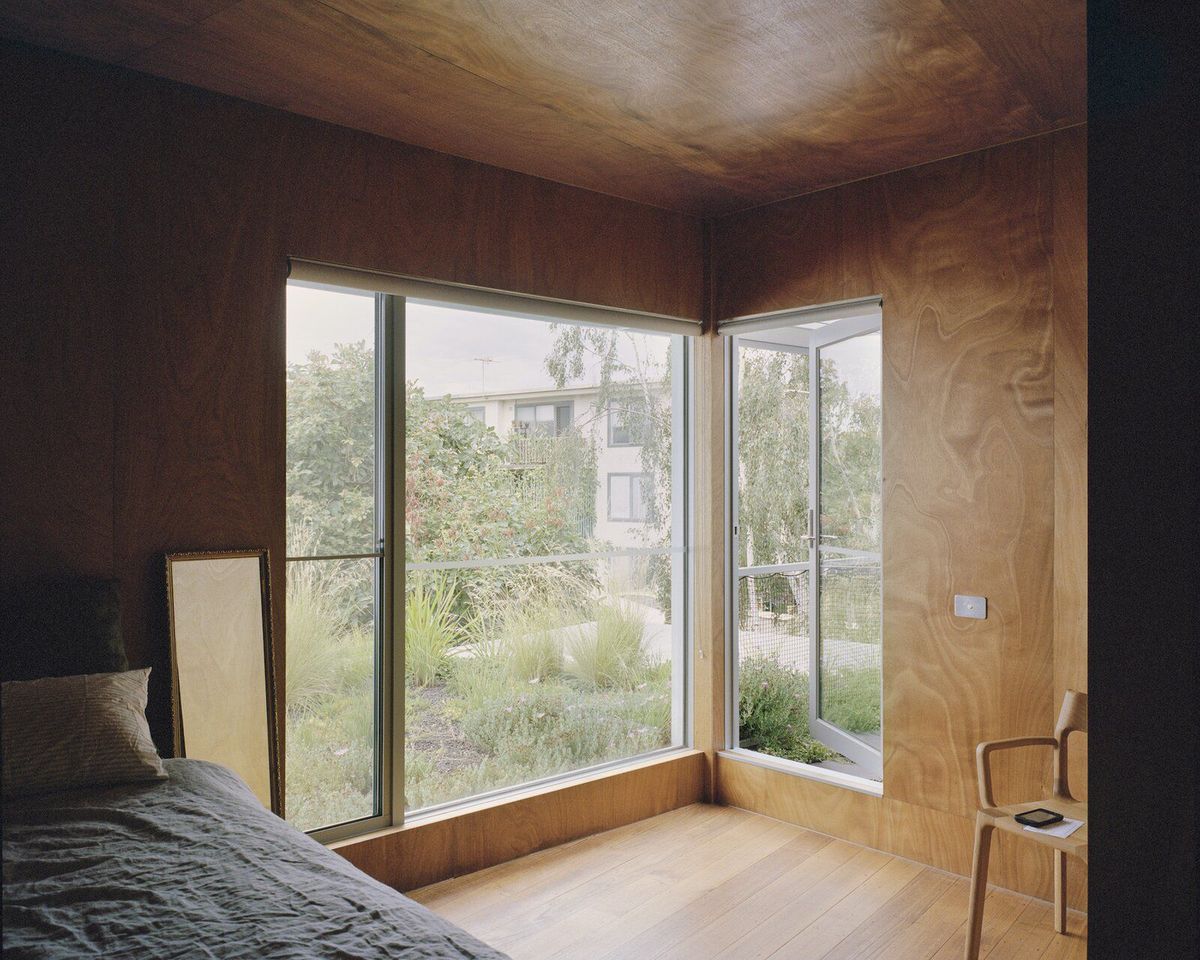 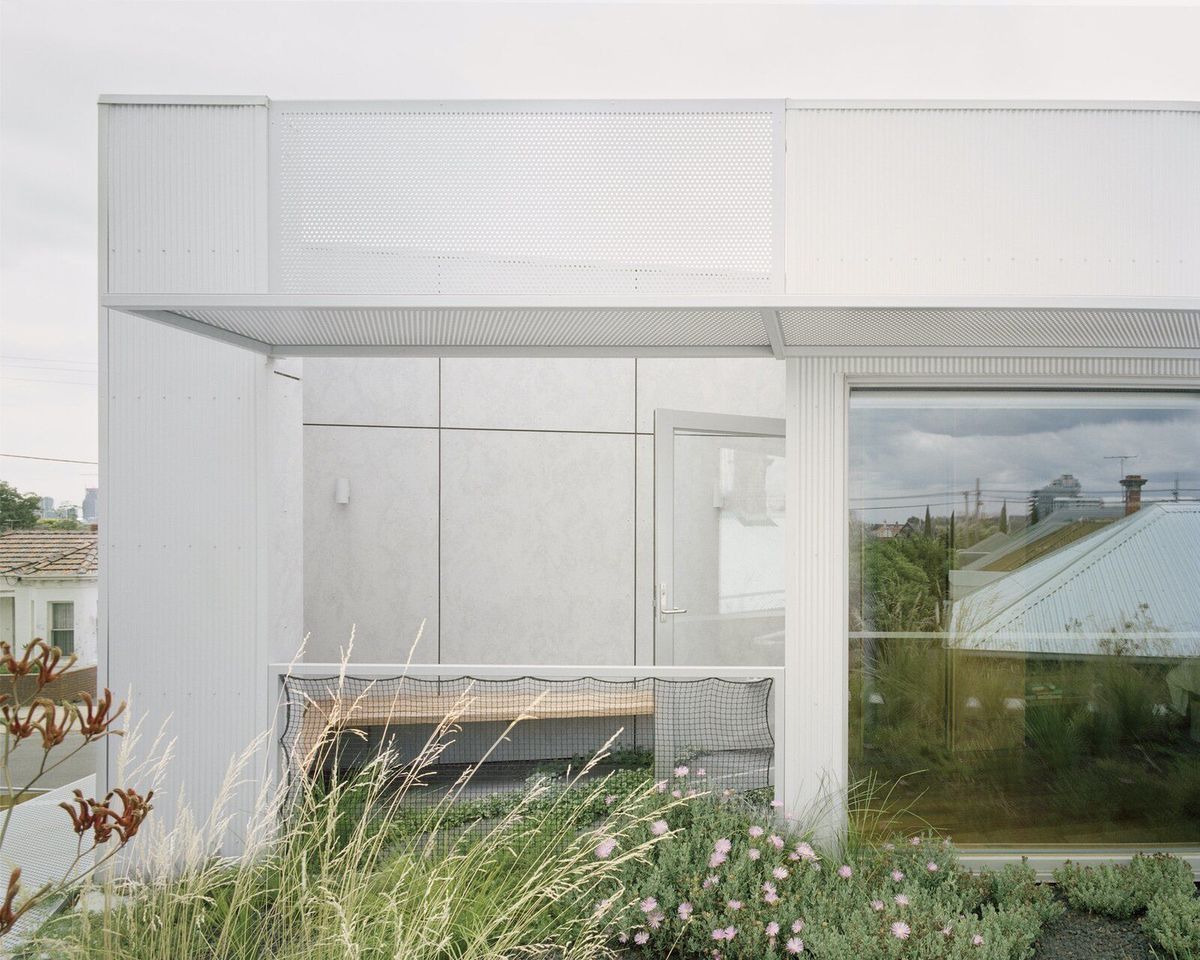 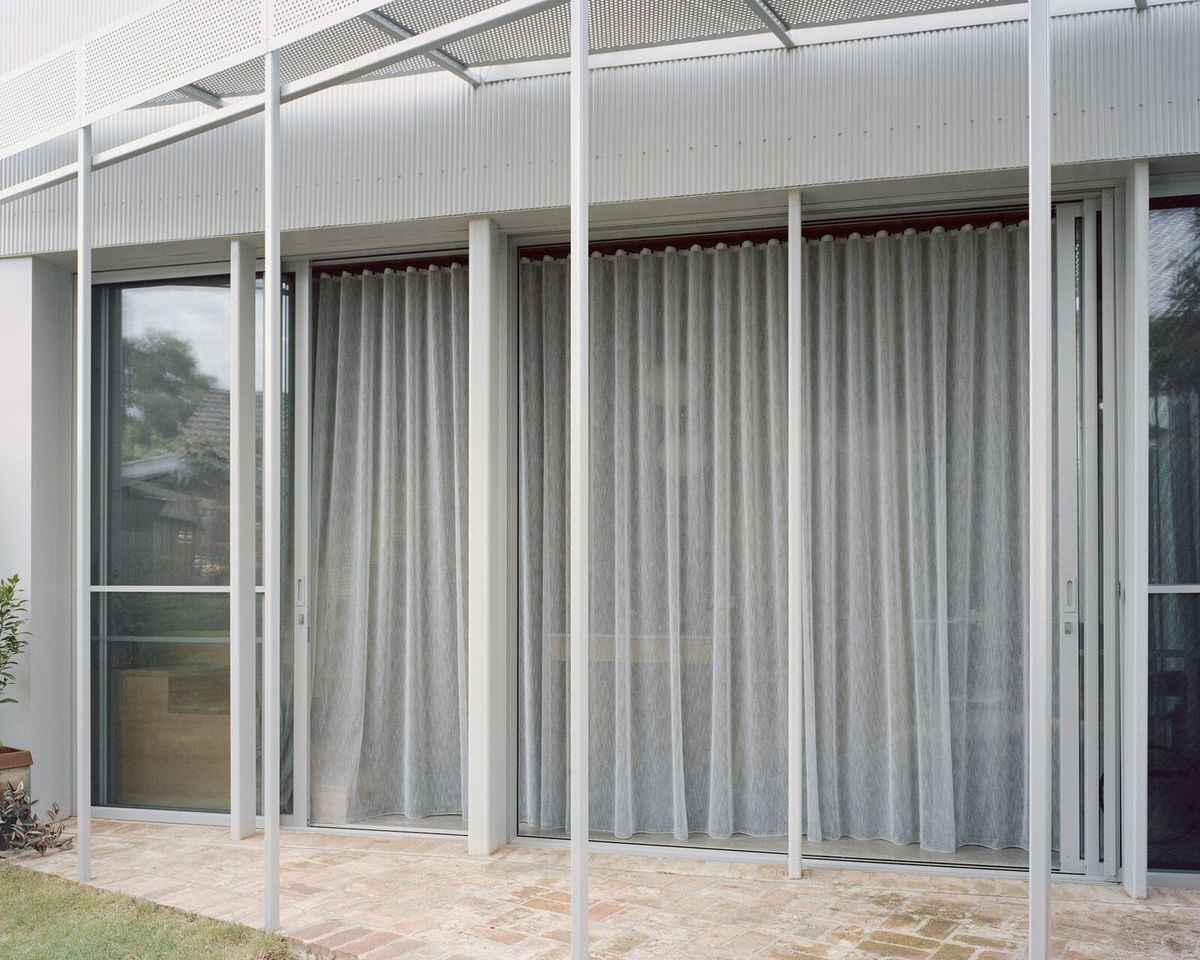 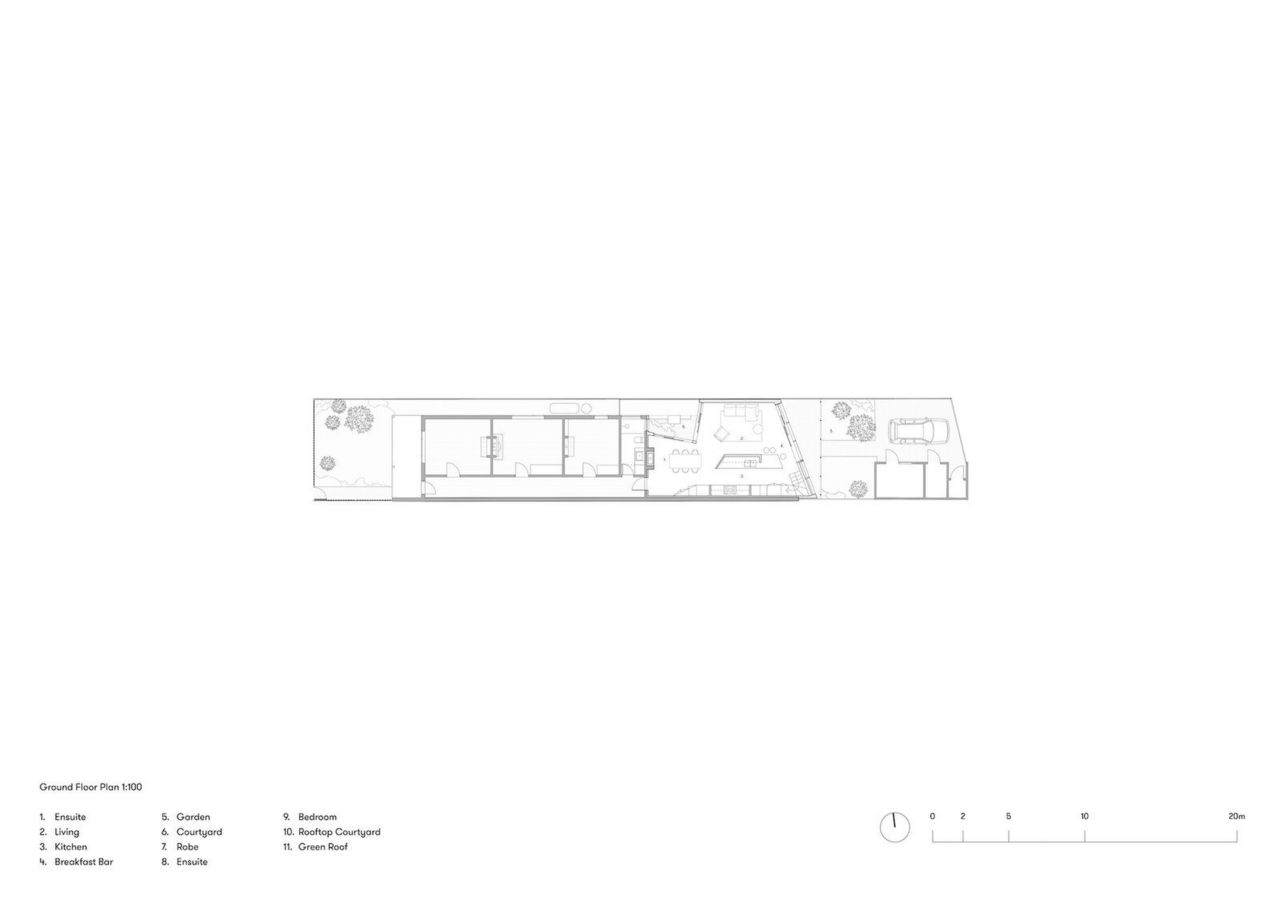 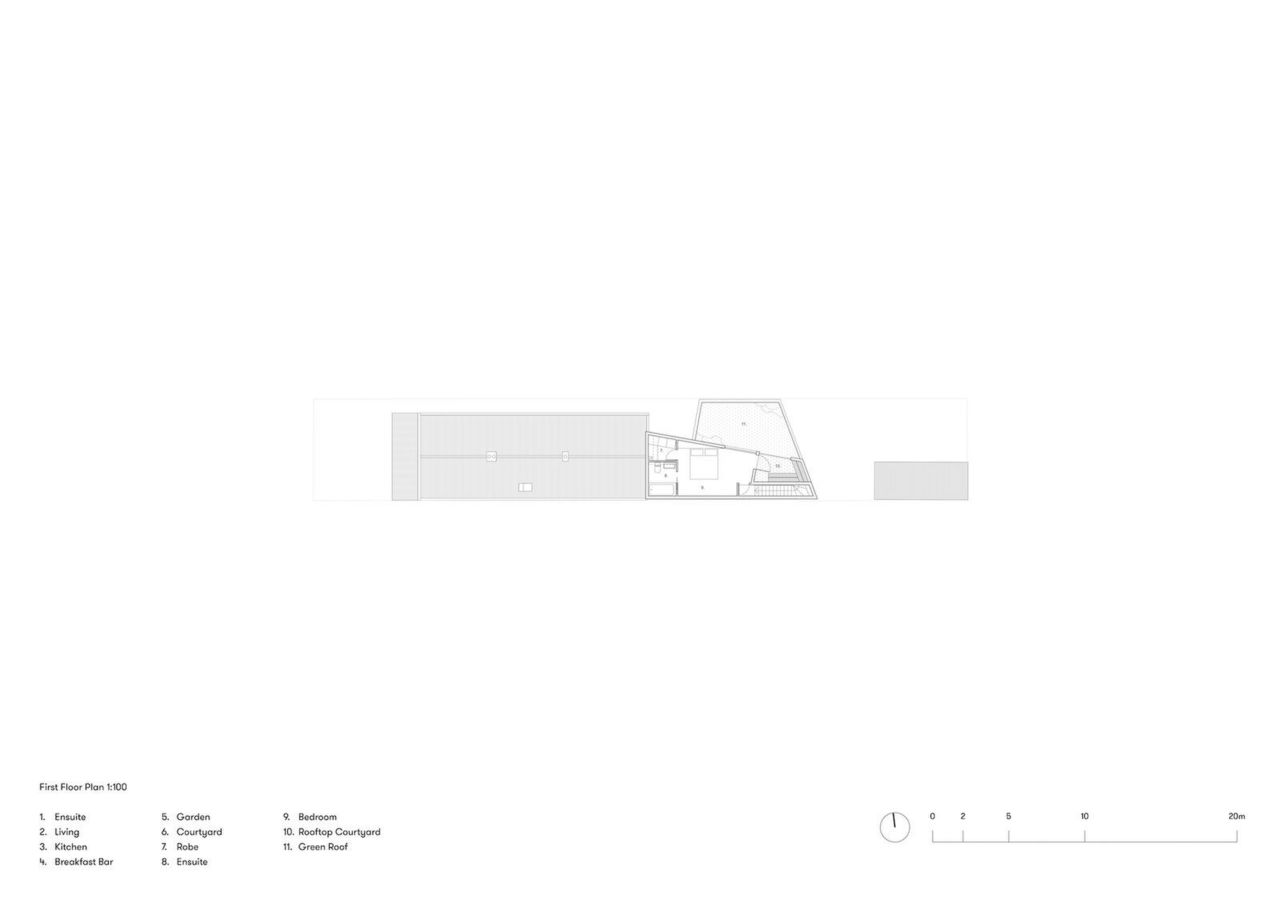 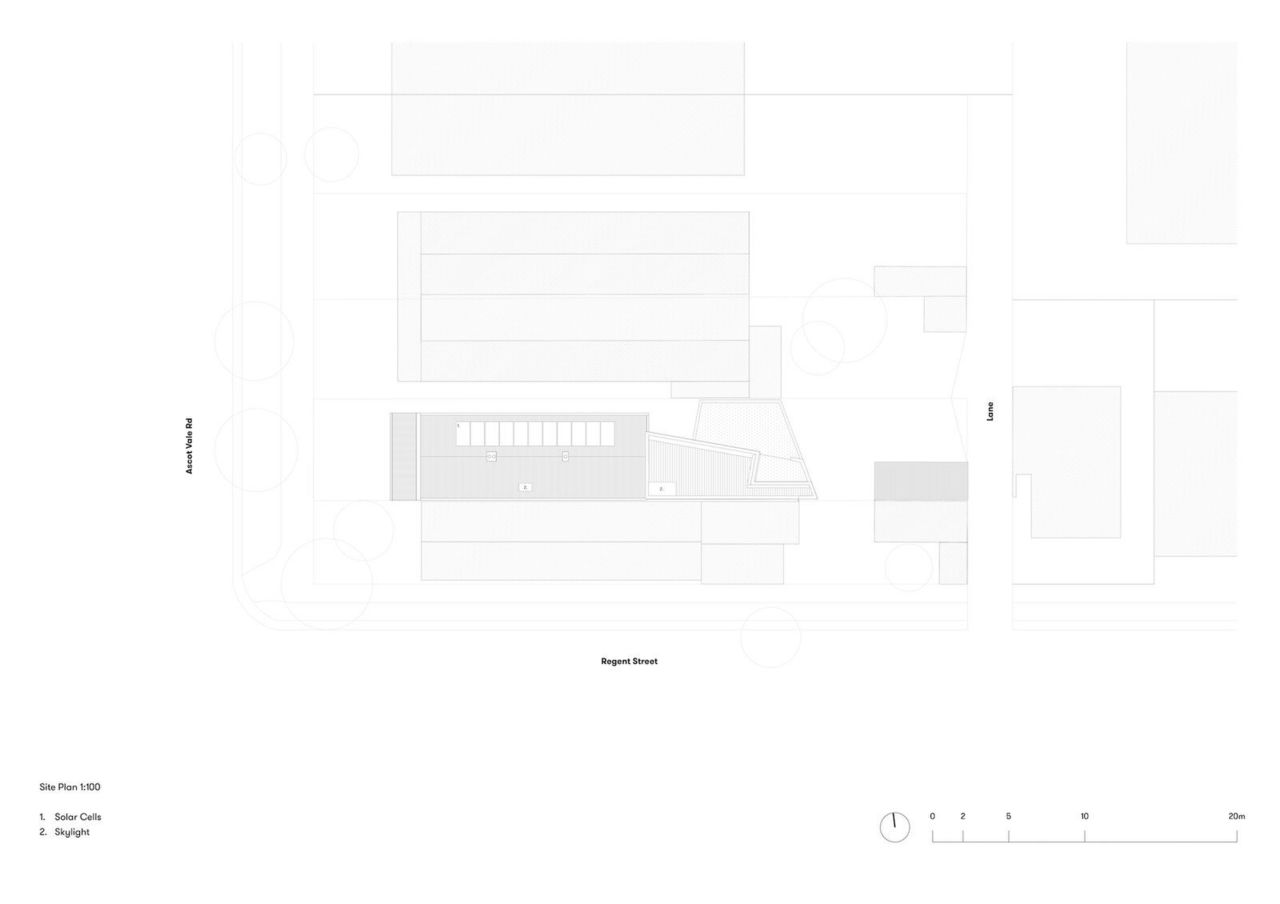