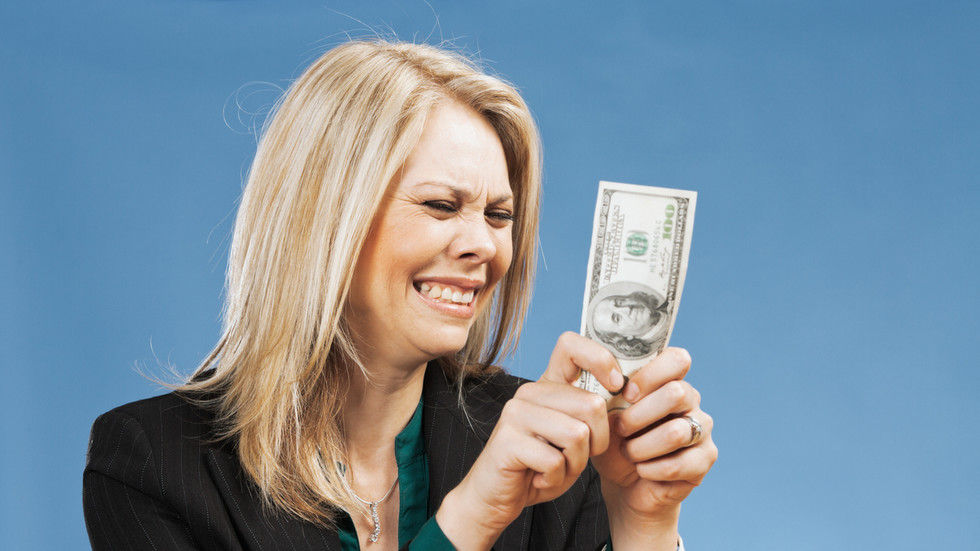 Yes, women earn less than men – but it’s NOT because they are being discriminated against

Women earn about 82% as much as males, something the Democratic Party’s new Paycheck Fairness Act seeks to address. But the true cause of the gender wage gap is more complex – and is really a marriage and child care penalty.
Representative Rosa DeLauro (D-Connecticut) is the lead person in terms of promoting the Paycheck Fairness Act (H.R. 7). It has been passed by the US House of Representatives, by 217 votes to 210. Its fate in the Senate, where it will be debated later this month, is more precarious.

This sort of effort has been a staple ever since 1997 on the part of those who discern sexual discrimination in the labor market. This proposed legislation puts the onus of employers to justify that any pay differentials are based on bona fide job-related factors, forces them to release data on pay to the authorities, increases penalties for violations and sets up a task force to address enforcement of equal pay laws.

What are the pretty much non-controversial facts? That for full-time workers, females earn 82.4% as much as males, leaving a “gap” of some 18%. This divergence has been pretty steady since 2014.

However, opinions diverge – radically – as to the causes of this imbalance. Critics of the free enterprise system perceive sexual discrimination as endemic to these institutional arrangements. Men, in their view, head most corporations and naturally favor fellow members of their gender. This will be news to sociobiologists, and evolutionary psychologists, who see things in quite the reverse order.

What do economists have to say about them thar apples? For the most part, they reject this hypothesis entirely, attributing this gap to divergent choices made by men and women.

For one thing, if productivity between males and females were really equal, and women were paid less than men, this would set up market forces that would tend to reduce this gap to virtually zero. Consider this simple numerical example. Both males and females have exactly equal productivity on the job. Each can produce at the rate of $100 per day. However, while males are paid that amount (wages tend to mirror discounted marginal revenue product, or, in layman’s terms, productivity), females garner only $82 per day, yielding a “gap” of $18. This means that if you hire a woman, you will be able to “exploit” her to the tune of $18, whereas if you take a man on your employment roll, you reap exactly zero in profits.

Is this an equilibrium situation? Would this state of affairs long endure? Of course not. Firms would start offering members of the distaff side $83 to bid them away from their supposed discriminators. They would implicitly think: better for me to earn $17 from employing this woman than for my competitor to do so at the rate of $18. This would give way to bids of $84, $85, etc., and then on to the races, all the way up to $100, assuming little or no transaction costs.

Here is perhaps an even more convincing argument for those whose cup of tea is not pure economic logic.

While married women earn 75.5% as much as married men, never-married females take home 94.2% compared to their never-married male counterparts. Say what? If discrimination is supposed to account for the female-male wage gap, how do we get such strong divergences based on marital status?

Enter the Marital Asymmetry Hypothesis (MAH). This is based upon a foundational economic principle: alternative or opportunity costs. Whenever you do anything, you do it at the expense of not being able to do something else as well, or, in some cases, at all. Yo-Yo Ma is one of the best cellists on the planet, but his time in the 100 meters is nothing to brag about. Usain Bolt (they really ought to give him a speeding ticket) can do the 100 in a little over an astounding nine seconds, but he does this at the cost of not being able to be a world-class cellist.

The 75.5% versus 94.2% divergence is something for which the sexual discrimination hypothesis simply cannot account. But this fact is certainly congruent with the MAH. When children enter the picture, these two proportions diverge from each other even more. There is also the fact that married men have a greater attachment to the labor force than their wives. They are more willing to seek promotion and greater responsibility than their partners. Whereas the never-marrieds are more equal in these regards.

Will these facts get aired when the Senate debates this bill? I certainly hope so.