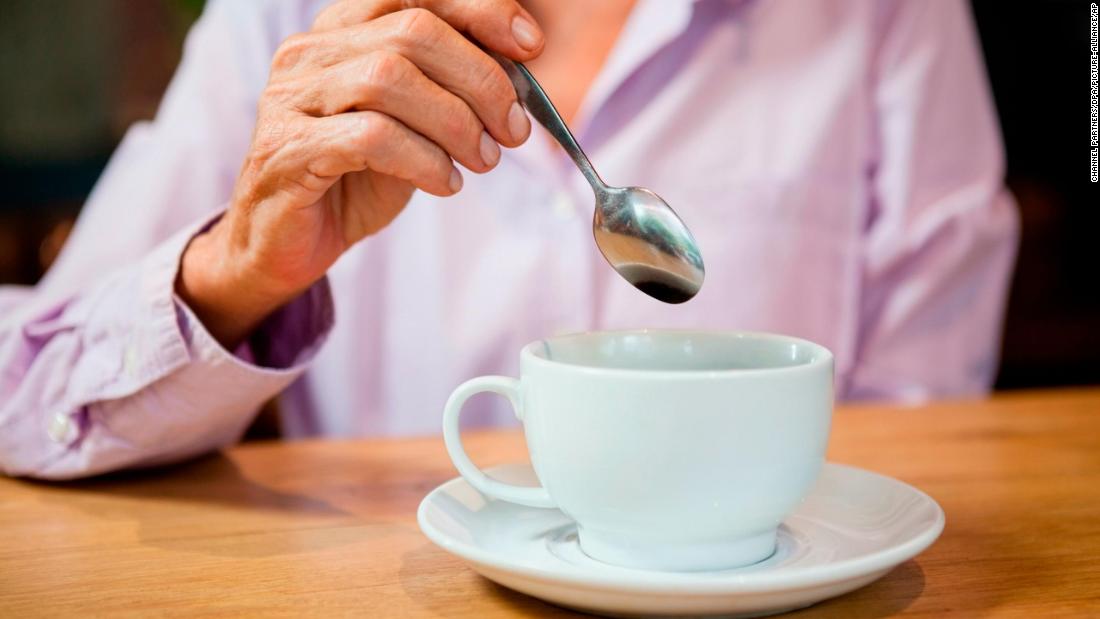 The cup of coffee or tea you reach for in the morning -- OK, maybe it's a few -- may be associated with a lower risk for stroke and dementia, according to a new study.

Among more than 360,000 participants studied over a period of 10 to 14 years, those who drank 2 to 3 cups of coffee, 3 to 5 cups of tea, or a combination of 4 to 6 cups of coffee or tea a day had the lowest risk of stroke and dementia, according to researchers from Tianjin Medical University in Tianjin, China.

"Our findings suggested that moderate consumption of coffee and tea separately or in combination were associated with lower risk of stroke and dementia," the authors of the study said in a release.

Around the world, 10% of deaths are caused by stroke, according to a 2017 study published in The Lancet. Dementia refers to a general decline in brain function, but it can set in after a stroke.

The participants' information came from the UK Biobank, a database of anonymous health information from around half a million volunteers in the United Kingdom gathered between 2006 and 2020. The study looked at health participants between ages 50 and 74 who self-reported their consumption of coffee and tea.

Over the course of the study period, 5,079 participants developed dementia and 10,053 experienced at least one stroke, according to the study, which was published in PLOS Medicine.

There have been many studies suggesting health benefits may be associated with drinking coffee and tea, but it is important to note that the researchers could only say the two were linked -- not that the beverages necessarily offered protection.

There are limitations to the accuracy of the data because the participants reported their own tea and coffee drinking, and their estimates could be influenced by their own bias, Dr. Lee H. Schwamm, chair of the American Stroke Association Advisory Committee and chair in Vascular Neurology at Massachusetts General Hospital, said via email.

"We cannot impute causality, and say 'drinking more coffee or tea is good for your brain.' What we can only say is that in this study, people who reported moderate coffee/tea drinking were less likely to have a stroke or dementia occur in the 10 years of follow-up," Schwamm said.

Is it time to start drinking coffee?

Past research has suggested that coffee may be beneficial to brain health.

Another 2021 study that utilized the UK Biobank showed that for people with no diagnosis of heart disease, regular coffee consumption of 0.5 to 3 cups of coffee a day was associated with a decreased risk of death from heart disease, stroke and early death from any cause when compared to non-coffee drinkers.

Several studies have also shown that three cups of coffee a day can decrease the risk for Alzheimer's Disease.

Caffeinated coffee can help the brain in several ways by increases production of granulocyte-colony stimulating factor, according to the UK Alzheimer's
Society. Called G-CSF, it helps protect and repair neural brain cells.

Neither decaffeinated coffee nor caffeine alone was shown to help in this way, "suggesting that there could be a combination effect between caffeine and an unknown compound in coffee," the society said.

More is not always better when it comes to coffee. People drinking more than 6 cups a day were at an increased risk of dementia and smaller total brain volumes, according to a study published in June in the journal Nutritional Neuroscience.

The results of the most recent study may point to some benefits of drinking coffee and tea, but that doesn't necessarily mean that everyone should start to brew more cups across the day.

Sign up for CNN's Stress, But Less newsletter. Our six-part guide will inform and inspire you to reduce stress while learning how to harness it.

"A word of caution, one man's cappuccino is another man's expresso," Schwamm said. "Not all coffee beverages have the same amount of caffeine, and people estimate a cup's worth of coffee or tea differently, so we should keep in mind that most things are best consumed in moderation."

If you avoided caffeinated beverages in the past, there may have been a good reason, and there isn't evidence yet that there is a benefit to starting a coffee or tea habit, he added. For most things, moderation is the best approach, Schwamm said.

"Enjoy your morning cup of coffee, and don't swear off additional cups if you enjoy them," he concluded.