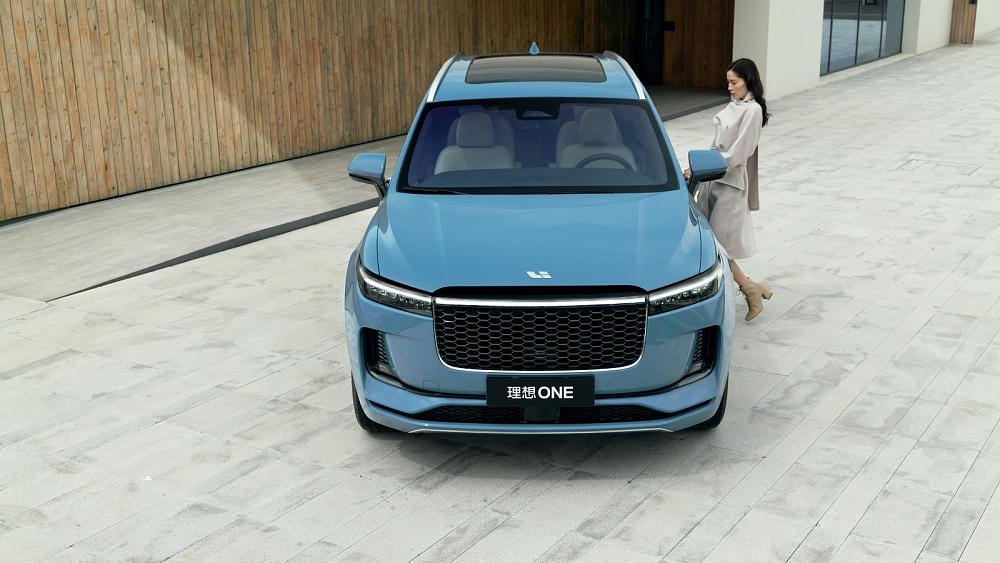 Your next electric car will likely be a Chinese make. Here's why

While the average price of an EV in Europe has increased by a third, in China, the cost of a new electric car has almost halved.

Whether it’s Peugeots crossing the boulevards of Paris or Volkswagens cruising along Germany’s autobahns, some European car brands are as familiar with the country they represent as any famous tourist attraction.

But as the world enters the era of the electric vehicle (EV), are we about to see a sea change in the identity and makeup of Europe’s streets?

The quality, and, more importantly, the affordability of Chinese EVs is becoming a situation that is harder for European manufacturers to ignore with each passing year, and it could be just a matter of time before the market becomes flooded with imports from China.

How have Chinese manufacturers been able to get such a foothold in the EV revolution and why are their cars so modestly priced?

The dramatic divergence in the price of EVs in western markets is perhaps the first and most illustrative place to start.

In the UK, the average retail price for an EV is 52 per cent higher than that of an equivalent internal combustion engine (ICE) powered model.

That degree of divergence is a serious problem when electric cars still struggle with long-range capabilities when compared to their diesel or petrol counterparts (not to mention the growing but still relatively small network of charge points in many European countries).

If traditional ICE owners are looking to finally make the switch to electric vehicles, the financial incentive still isn’t obvious - and that’s where China comes in.

"For the first time, Europeans will have competitive Chinese vehicles, trying to be sold in Europe, at competitive prices with competitive technology," said Ross Douglas, founder and CEO of Autonomy Paris, a global event on sustainable urban mobility.

With the now-decommissioned Tegel Airport operating as its dramatic backdrop, Douglas was speaking last month at the Disrupted Mobilities discussion seminar hosted by the annual Berlin Questions conference and he believes there are three factors that make China such a threat to the hegemony of Europe’s traditional car manufacturers.

"First of all, they have the best battery technology and have locked up a lot of the important ingredients in the battery like the cobalt processing and the lithium-ion," explained Douglas. "The second is that they have a lot of the connectivity technology that electric vehicles need such as 5G and AI".

"And then the third reason is that there's just a huge amount of government support for electric vehicle carmakers in China and the Chinese government want to be the world leaders in electric car manufacturing".

While China’s significant manufacturing capabilities have never been in doubt, the question was whether it would be able to innovate to the same degree as its Western counterparts. That question has been answered in the form of their batteries and the technology they are able to implement inside their vehicles (although parts of the industry are still subsidised by the Chinese government).

And at retail prices that average earners would consider reasonable, consumers over the next few years will become familiar with manufacturers such as Nio, Xpeng, and Li Auto.

"If Europeans don’t do anything about this, the segment will be controlled by the Chinese," said Felipe Munoz, global automotive analyst at JATO Dynamics.

Smaller electric vehicles such as the immensely popular (in China) Wuling Hongguang Mini are where European consumers could turn to if they continue to be priced out of their own markets.

With average sales of around 30,000 per month, the pocket-sized city car has been the highest-selling EV in China for almost a year.

Too much of a good thing?

China’s rapid production has not been without its challenges though. According to China’s Minister for Industry and Information Technology, there’s too much choice currently and the Chinese EV market is at risk of becoming bloated.

In recent years, the number of EV companies in China has ballooned to around 300.

"Looking forward, EV companies should grow bigger and stronger. We have too many EV firms on the market right now," said Xiao Yaqing. "The role of the market should be fully utilized, and we encourage merger and restructuring efforts in the EV sector to further increase market concentration".

Consolidating their own market and eventually phasing out consumer subsidies are the largest steps towards finally cracking the prestige of the European market that Beijing craves so much.

"For them, it's really important that they can get those vehicles sold in Europe because Europe is a benchmark of quality. If the Europeans are prepared to buy their electric cars, that means they are of the quality that they're trying to achieve".

Unless European regulators and manufacturers create a more affordable market, it may only be a matter of time before the likes of Nio and Xpeng are as familiar to Parisians as Peugeot and Renault.