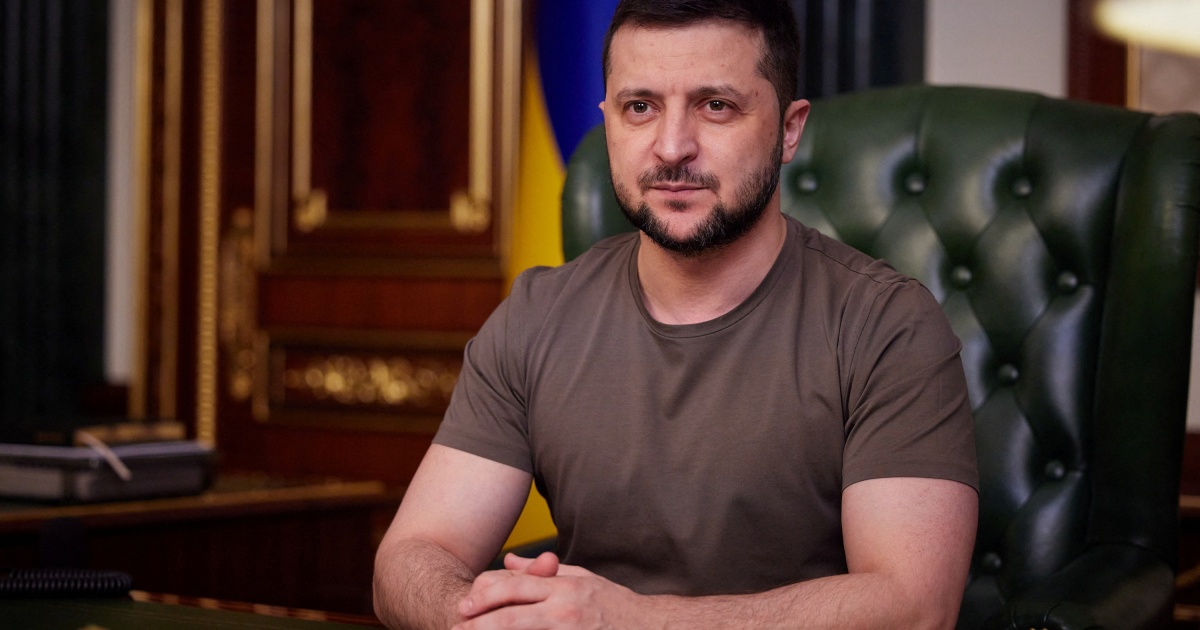 Zelenskyy finally willing to discuss Russia’s neutrality demand. Why did he need a war on his country to open his mind to this obvious outcome?

President Volodymyr Zelenskyy finally wakes up to reality, ahead of a new round of in-person Russia-Ukraine talks.

President Volodymyr Zelenskyy has said that Ukraine is prepared to discuss adopting a neutral status as part of a peace deal with Russia, but the move would have to be guaranteed by third parties and put to a referendum.

“Security guarantees and neutrality, non-nuclear status of our state. We are ready to go for it. This is the most important point,” Zelenskyy said while speaking to Russian journalists in a video call that was published by local media on Sunday, despite Moscow’s authorities warning against publication.

The president delivered his message in Russian throughout, as he has done in previous speeches when addressing a Russian audience.

He said Russia’s invasion had caused the destruction of Russian-speaking cities in Ukraine, and said the damage was worse than the Russian wars in Chechnya. Ukraine was discussing the use of the Russian language in Ukraine in talks with Russia, but refused to discuss other Russian demands, such as the demilitarisation of Ukraine, he added.

Zelenskyy said a peace deal would not be possible without a ceasefire and troop withdrawals. He ruled out trying to recapture all Russian-held territory by force, saying it would lead to a third world war, and said he wanted to reach a “compromise” over the eastern Donbas region, held by Russian-backed forces since 2014.

Russia’s media watchdog Roskomnadzor, though, notified Russian media “of the need to refrain from publishing the interview” in a statement, adding that it would review all media outlets that carried it in order to determine “the extent of responsibility and response measures”. It did not give a reason for its warning.

A reporter from the Moscow daily Kommersant is among the Russian journalists who have recently spoken with Zelenskyy via video link. Journalists from the Meduza and Dozhd media outlets, whose sites are blocked in Russia, were also present.

Meduza published the interview, which lasted about an hour and a half. The site could still be accessed through alternative internet connections and from abroad, for example.

The Ukrainian leader’s dialogue with the journalists comes as Russian troops’ invasion of Ukraine has entered its second month, causing the death of more than 1,000 civilians, according to conservative estimates by the United Nations, and forcing more than 3.8 million people to flee the country.

From French President Emmanuel Macron to Turkish President Receipt Tayyip Erdogan, international players have repeatedly tried to mediate to find a diplomatic solution for a ceasefire.

The latest effort came on Sunday in a phone conversation between Erdogan and his Russian counterpart Vladimir Putin where the two leaders agreed to another round of talks between Kyiv and Moscow in the Turkish capital, Istanbul.

No dates were given for the meeting, but earlier in the day, Ukrainian negotiator David Arakhamia said the next negotiations between the two parties will take place in Turkey on March 28-30. A Russian negotiator confirmed that in-person talks would take place.

A first meeting between the top Ukrainian and Russian diplomats, which took place in Turkey on March 10, did not produce significant results.